HBO and the team behind Game of Thrones clearly know what they're doing. The sixth season of the worldwide hit is arriving on 24 April, and it is shaping up to be the most highly anticipated season opener of 2016. The end of season five left many fates of beloved characters up in the air (most notably Jon Snow), with many viewers hoping their favourites do not suffer the same demise as Ned Stark or Oberyn Martell. 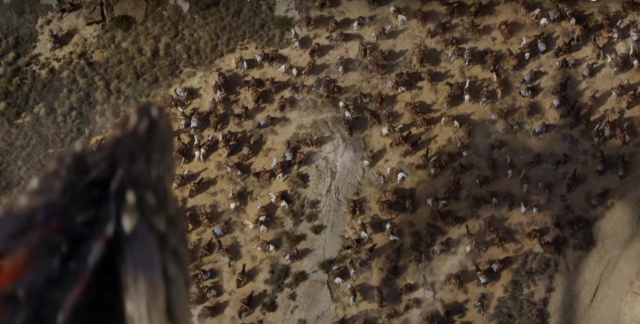 If we weren't anxious enough, HBO has released a second full-length trailer to up the ante even further. In it, we see much of the same images as the first trailer, but a new addition comes in the form of the White Walkers. More specifically their mysterious leader, who strides into a ring of fire without a second thought.

While the Lannisters deal with uprisings in the capital, the true action lies to the North and the Night's Watch. Here, the Onion Knight sums up things perfectly, "the real war is between the living and the dead. And make no mistake. The dead are coming."