Most Android users will be aware of the range of third-party keyboard apps at their disposal in Google's Play Store. One of the more popular is SwiftKey, whose keyboard is both easy to use, but also uniquely intuitive, speaking from our own interactions with it. Now the third-party keyboard app, which use to retail on for roughly $4 (R43) on Google's Play Store, is available for free download to all compatible Android users. 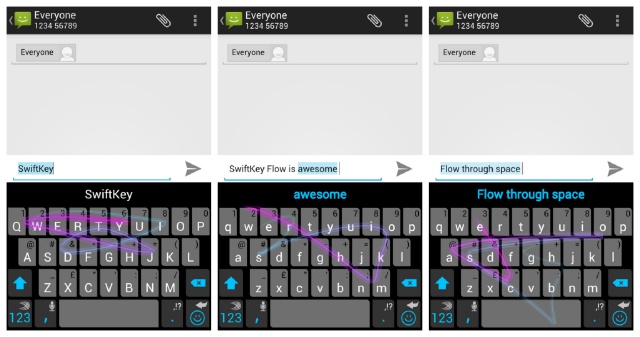 SwiftKey's developers took to Twitter to provide this update, now giving users the ability to type faster and more intuitively, with an advanced auto correct feature and next word prediction in more than 60 different languages. Should you be one of the users that paid for this app in the past, you will now have free access to the theme pack, which retails for $5 (R54). Added to this new 'relaunch', is a new SwiftKey store which boasts up to 30 different themes, a number row and 800 emoji icons for in-app purchases.

This move to free content, follows the news that SwiftKey is currently developing a third-party keyboard for Apple's iOS8 platform, which is set for release later in the year.