Dieter… Dieter, how are you feeling?”

Dieter slowly turned away from the window where he had been watching the concrete apartments whip past as their car drove by, much faster than any human could ever control. “Oh, fine, still dying, but great!” he snapped back to his doe-eyed mother sitting across from him. He briefly felt bad for the tears he saw welling up yet again, but at least, he thought to himself, she would have time to get over it. Unlike him.

His sweaty, hairless head was sticking to the seat behind him as they finally pulled through the gates of the Kruger Park, the only preserved bit of land left in all of South Africa since that building project in the Cape in 2054. This had been Dad’s dumb idea. They thought this new “puppet safari” experience everyone had been raving about would cheer him up a bit. Fight the “Death Doldrums”, as Dieter had begun to call them. Ja, right.

The man that greeted them at the door of the squat little brown building they had stopped at reminded Dieter of a praying mantis, towering over his rotund parents and gesturing them inside with his pointy hands. They were lead to a smaller room with what looked like a dentist’s chair at the centre. It had several monitors as well as coloured lights, buttons and switches on the walls.

“This, the puppeteer room, is where the client will recline and the projection will be managed. Sir and Madam, you may view the experience on the monitors. This is brand new, cutting edge technology, but I assure you it is perfectly safe,” he said in a whiny, nasal voice.

Dieter, who hadn’t said a word, lay down on the centre chair, secretly relieved, as even the short time walking since the car had drained his frail form. The mantis-man placed wired electrodes on Dieter’s temples and a rubber cap over his bony head. Dieter looked over at the man who went and stood at a switch on the wall. “This shouldn’t hurt, but it will feel a bit strange.” He pulled the switch. Dieter fell.

He opened his eyes to see an impala’s butt not four centimetres from his face. He stumbled back, his four hooves skittering over the sandy ground. Incredible. It actually worked. He had read how they had developed the injectable nanotechnology to allow for the simple-minded buck to be “driven” by tourists seeking an authentic bush experience, but he had never imagined it would feel like this. He pranced around his new musky-smelling brethren for a while, taking in the sight, touch and smell of the diminutive creature. He tried eating some leaves as the rest of the herd was doing, and discovered that since the bokkie loved the taste, so did he. He took deep breaths through his little black nose without the usual ever-present sting of pollution. This pretty creature was… alive, in a way Dieter hadn’t been in a long time.

After a while, he decided to explore. The herd seemed to express some concern at his leaving, but did not follow. He wandered through the bush, absorbing everything with the fresh wonder of a child. He came to rest under the shade of a thorny tree he did not know the name of, and suddenly felt sadness overcome him. He could still faintly feel his weak shell of a body lying on the chair like a corpse. This new experience of life just made his approaching death seem even more unfair.

Then out of nowhere, pain raked down his side and a fierce roar sent panic through his tiny form.

“Please be calm, Madam, a leopard appears to have attacked the puppet. I will recall your son. It…It’s not working. He should be waking up. This has never happened before. He’s slipping into a coma! I don’t know what to do!”

Dieter opened his eyes and felt no pain, only strength and pure freedom. He could climb trees with his claws. He could breathe with powerful lungs. Dieter was alive. 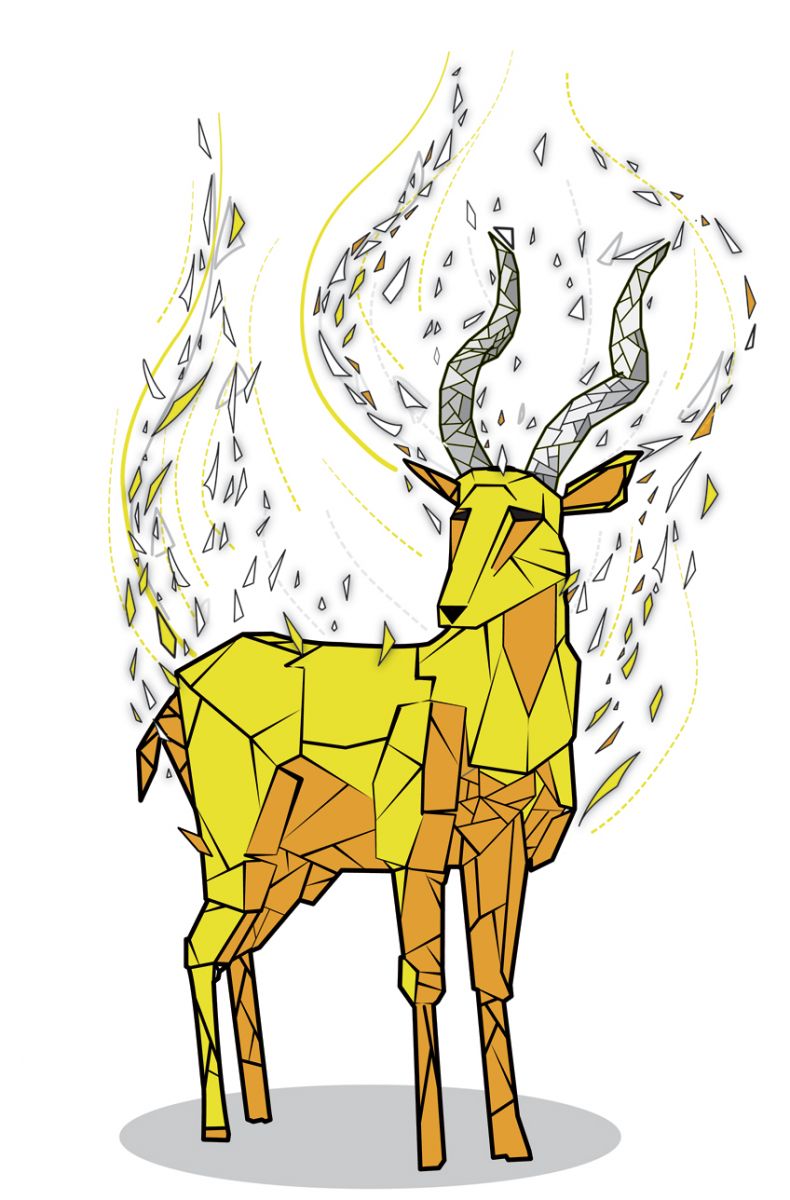 
About the author: Dillon is a 19 year old from Pretoria, currently studying Computer Engineering at UP. He loved reading and gaming from a young age and this has stoked a passion for narrative in its many forms of presentation. Dillon has started making games in his free time, which you can pick up for free at http://baconbarongames.blogspot.com/ (only one game at the moment, but watch this space for more!).