Still one of the forerunners in the electric car market, Tesla Motors has unveiled its latest vehicle - the Model 3. Destined for US roads in 2017, this new model will be available from $35 000. According to company founder Elon Musk, the Model 3 will be one of the safest cars in the world. While Tesla did not detail to what extent the safety features for the Model 3 go, it apparently scores five star ratings across the board.

One safety feature they did talk up, however, is Tesla's autopilot mode, which comes standard on the Model 3. Autonomous functionality is something that Tesla has been furiously working on over the past few months, with the company aiming to have their vehicles able to handle a cross country trip.

Speaking of long distance travelling, the Model 3 can muster a 346 kilometre driving range from a single full charge. Tesla will also be integrating a supercharging function for long haul drives, aiming to surpass the 346 kilometre range when the final production models roll off the factory floor. 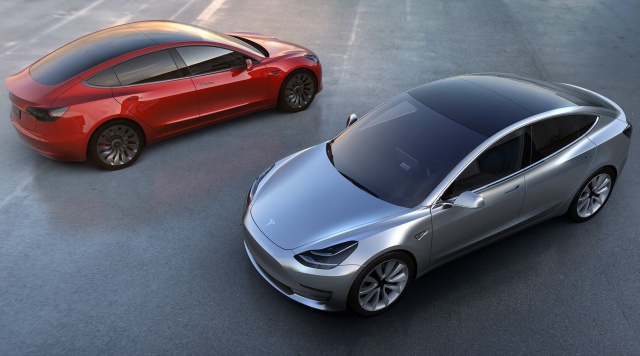 In terms of speed, the Model 3 is no slouch either, hitting 100 km/h from a standstill in under six seconds. Like the driving range, Tesla wants to improve on the top speed (200 km/h) and 0-100 km/h numbers by the time the finished models debut in 18 months time.

At this stage, Tesla reports that nearly 130 000 pre-orders have been made for the Model 3. Unlike Tesla's other cars, the Model 3 is slated for arrival in SA, going up for pre-order within the next few days.