We're big fans of Bang & Olufsen's BeoPlay range, but the Danish audio specialist's products do cost a pretty penny. As such, some of the company's less expensive offerings might prove more tempting. To that end, Bang & Olufsen has debuted its new wireless earphones - the BeoPlay H5's.

Priced at €249, the H5's feature a braided cable that connects both earpieces, with built-in volume controls and a remote for pausing or skipping tracks. Added to this, they are dust and splash resistant, also integrating a 50 mAh battery that provides five hours of continuous playback. 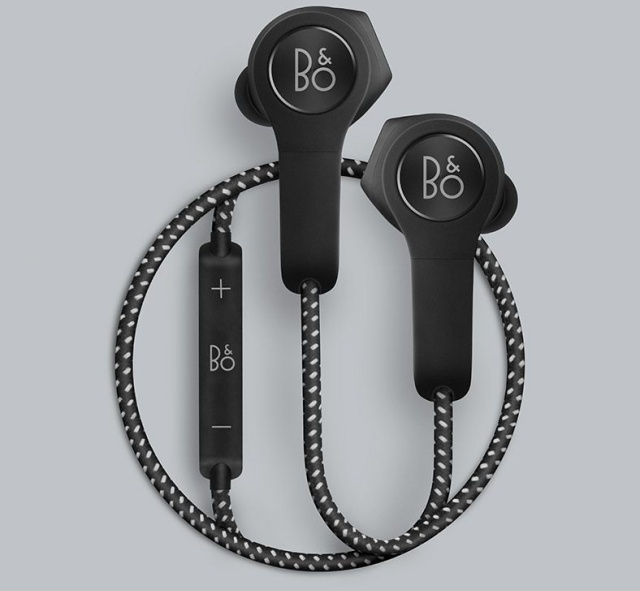 According to B&O, the cable for the H5 was inspired by sneaker designs, which they say makes it easy to clean and less prone to tangling, Both of which are things we look for when considering a good pair of earphones.

While the Danish manufacturer has not explicitly stated that these are designed for athletes or sports enthusiasts, we're sure that the shorter length of its cable will make the H5 more appealing than options like the BeoPlay H3 ANC's (review).

Local release of these new offerings has not been detailed, but they are currently up for sale in the UK and Europe, so a South African arrival is likely imminent.