Last night saw the official unveiling of The Kase's first concept store in SA within the newly refurbished confines of Rosebank Mall. As the name may allude to, The Kase specialises in creating custom covers for all manner of mobile device. What makes their offering particular special, is the fact that they can take virtually any image you have, and render it onto a cover distinct to your smartphone or tablet.

The Kase's origins date back to 2012 in France, where the demand for uniquely customised smartphone peripherals and accessories just kept on increasing. It's clear to why, with a vast catalogue of smart ready-made covers already on display on The Kase's store walls. There is also a wall dedicated exclusively to different smartphone models, and they've got virtually every major brand covered. From the widely favoured in Samsung and Apple, to the more infrequently seen LG, while even QWERTY keyboard sporting BlackBerry users are catered for. 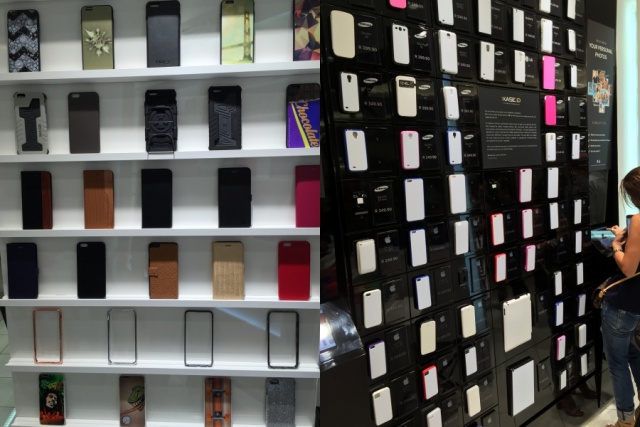 When pressed about other brands like Huawei, The Kase's local distribution reps have assured that more brands and smartphone models are on their way, as the store aims to offer customisation to virtually any smartphone user.

We saw the customisation process up close and personal, not quite believing the under seven minute waiting period for a customised cover as promised by staff. But true to their word, they were able to get the job done in seven minutes flat, and not just our smartphone, but five other ones simultaneously.

As customers are taken through each stage, the Kase employees will start by prompting them to connect to the in-store Wi-Fi, where they can upload an image of their choice to the store's server. Thereafter the image is scaled according to smartphone/tablet model, and a preview gets generated for users to give their yea or nay. Then it's just a short seven minute wait while a specially designed printer adheres your image to the chosen cover and the entire process is complete. 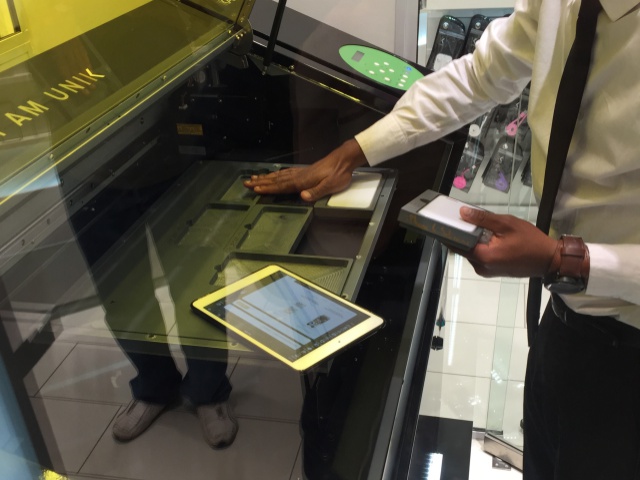 Pricing for these one of a kind covers will depend on the type of smartphone you're touting. Flagship users, like your Apple iPhone 6 carriers or Samsung Galaxy S5 (review) holders can look to pay an estimated R350 for a custom case. This may be construed as expensive to some, but given that a well constructed commercial cover will run in the R300 to R400 region, The Kase's offerings are well priced.

With 140 stores worldwide, this new Rosebank Mall located store is one of the first in Africa, and in our opinion should see more similar concepts being brought into the country by competitors. 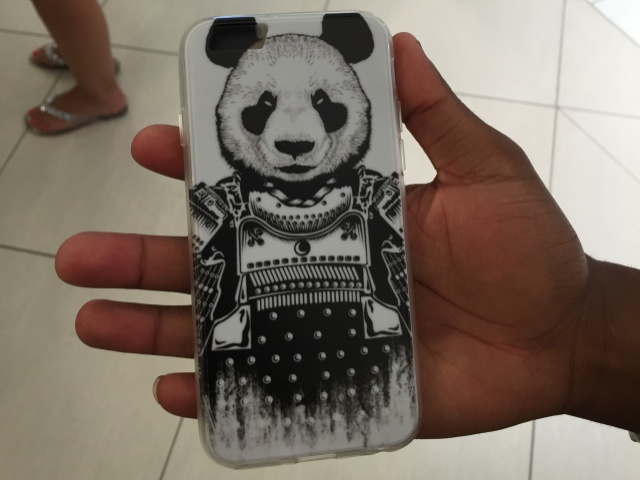 Open from 9:00 to 18:00 seven days a week, The Kase in Rosebank is well worth checking out for any smartphone or tablet user that prides themselves on standing out (in a good way of course).