The new Microsoft Band dives deeper into health and fitness

For those that want to get technical, the Microsoft Band wearable that the Redmond-based company debuted last night at its Windows 10 device event is in fact a second generation product. It still retains its Microsoft Band moniker, opting to forego the 2.

While Microsoft has not officially commented on why this is the case, it became fairly obvious during the company's presentation that the original Microsoft Band was a large-scale prototype device. Microsoft says it received plenty of constructive feedback from users, and integrated many new features, both in design and UI, for this second generation because of feedback.

The first evidence of this is the look, as the new Microsoft Band has a bit more curve and softness to it. The Amoled display (320x128) too, has a bit more roundness to it, resulting in a more comfortable on-wrist feel, according to Microsoft.

Change has also come to the Microsoft Band's focus. The previous version was a smartband that hinged heavily on smartphone notifications, with a light bit of fitness tracking. This time round, it is quite the opposite, if Microsoft's presentation is anything to go by. The Band now sports 11 different sensors, with a Barometer being newest to the team. Added to this is an optical heart rate sensor, like that found on the TomTom Runner Cardio, as well as a UV and skin temperature sensor. As such, it appears as if Microsoft has fitness fanatics clearly in its sights with this new Band.

From a more lifestyle or work perspective, the Microsoft Band will feature Cortana, with Microsoft claiming the performance of the digital assistant will not differ from that found on the Windows 10 desktop. Consequently, it should prove interesting to test out just how rich a Cortana experience the Microsoft Band delivers. 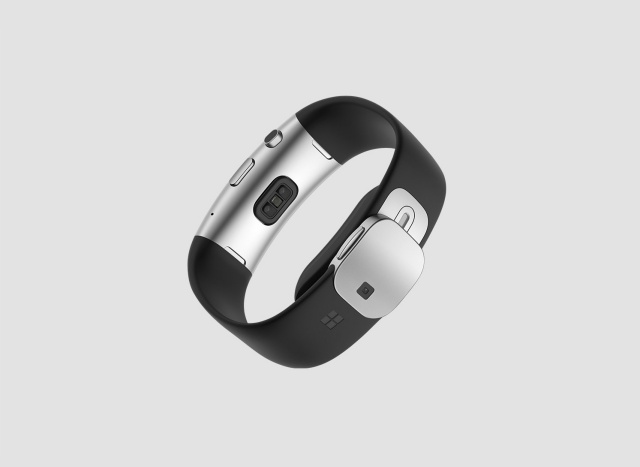 This leads us to one important factor, will South Africa receive it? It's still early days, considering the US-held event only wrapped up last night, but the original Microsoft Band never found its way over here. Hopefully though, news about its arrival will be detailed in coming weeks, with its $249 (R3 370) price tag also in tact.