The noteworthy products from LG InnoFest 2018

Ready Player One for VR?
0
comments

Addressing cybersecurity and climate change for a ...
0
comments

The products on show ranged from washing machines and specialised steam cleaners, to large OLED TVs and robotic vacuum cleaners. As such, there was a lot to take in, but below we've listed some of the most eye catching and noteworthy products at InnoFest 2018. 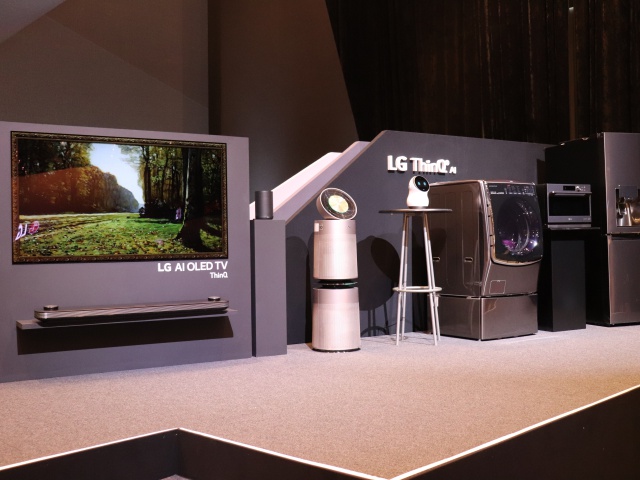 Arguably the star attraction on the day, the LG AI OLED TV is the flagship product within the company's ThinkQ lineup. It also bagged several awards and very positive reviews at CES in Las Vegas earlier in the year, boasting Google Assistant functionality and a Alpha 9 processor to take care of the image quality.

Also known as the W8, this ultra thin offering is coming soon to South Africa, with LG execs confirming that it should land in the second half of the year. It will be available in either a 65" or 77" variant, while touting 4K HDR visuals and something that LG terms as High Frame Rate which is designed to keep visuals extremely smooth, with it said to be perfect for watching sports.

Shifting back to the Google Assistant functionality, it takes things a step further than the Smart TVs that LG has debuted in the past, featuring a handful of specialised Google apps, as well as enriched voice controlled searches and instructions. When it comes to OLED TVs in 2018, the W8 from LG has set the early pace for others to try and match. 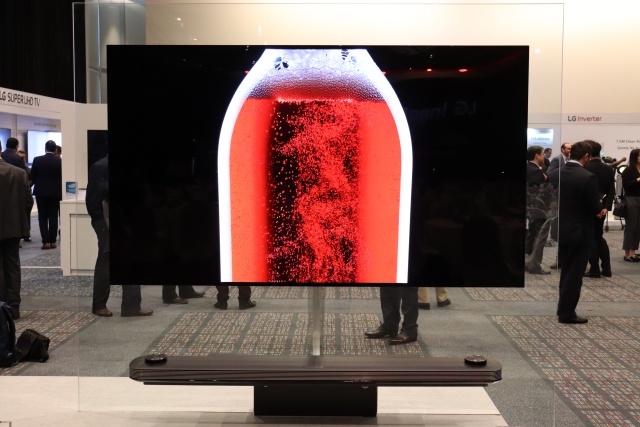 One of the more niché products on show yesterday was the LG Styler, which the company notes as being one of its best selling home appliances in its native South Korea. Whether or nor local consumers will have a desire for it remains to be seen, but it certainly piqued our interest.

The Styler uses a steam powered system to clean clothing and items with more delicate material. LG also notes that it is great when you want to quickly remove the creases from items of clothing. Added to this is a deodorising function and treats 99.9% of allergens, as well as the ability to shake off surface dust and dirt from clothes thanks to a vibrating hanger that's great to watch in action.

Like many of the new products on show at InnoFest yesterday, there is no fixed timeline, or indeed any indication that the LG Styler will land locally. Still, it shows that LG has some very interesting products in its ranks. 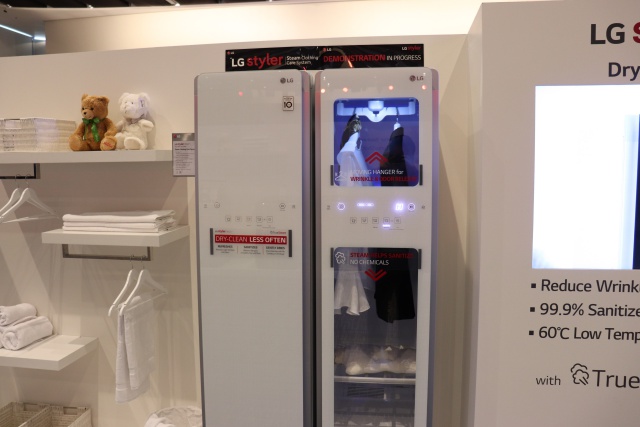 Looking at smart devices, LG had the InstaView Refrigerator on show. Now touting a double door design, the right hand side features a glass panel that illuminates and shows the refrigerated items inside when users knock twice on the door.

The smart functionality, however, comes in when touch the transparent screen to find out more about their items. During a demo of the system, the InstaView is capable of letting you know how much of a particular item is left, along with how many more days it is expected to last for. Added to this, users can get recipe ideas based on the items in one's fridge, with instructions given as well.

Part of an ecosystem of connected products that the company wants to bring to people's homes, the InstaView fridge could for example pre-heat an LG oven in preparation of a meal, via one of LG's Google Assistant or Amazon Alexa touting speakers. Those, however, are yet to be officially announced for South Africa. 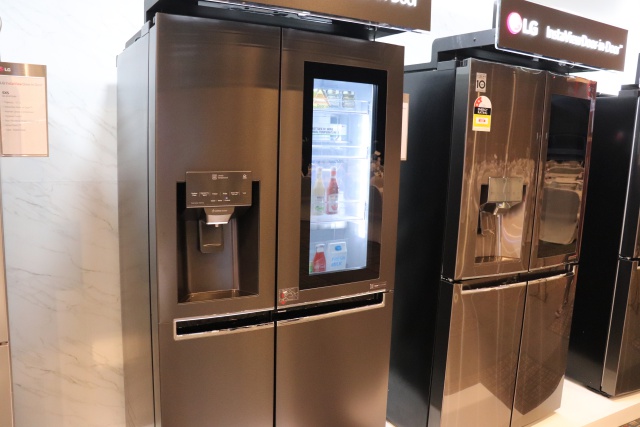 Rounding up our list is another product designed for one's laundry room, the TwinWash washing machine. As the name suggests, the TwinWash features a pair of compartments for washing clothes.

The larger section looks like a more traditional washing machine, with the exception that it uses steam to do the cleaning instead of conventional water. LG says the use of steam is not only more effective at cleaning, but is also energy efficient.

The smaller compartment is housed below the larger one, and pulled out for loading clothes like a drawer, using a conventional water system to do the job. Designed for half loads, the second option has the advantage of utilising less water than a traditional washing machine, as well as allowing users to simply wash their clothes instead of waiting for the laundry to pile up first, according to LG. 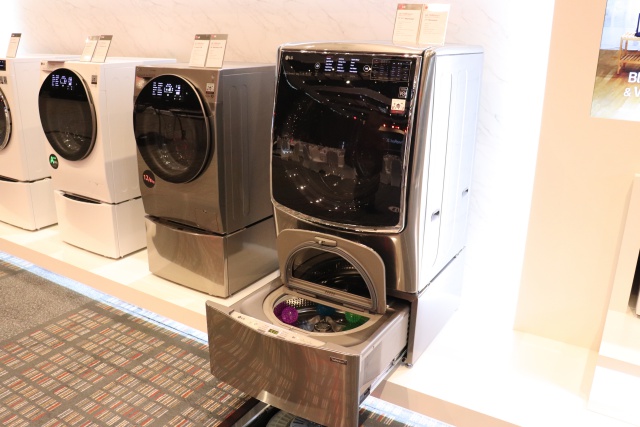 Now it's a waiting game to see when all these products will be coming to South Africa. As far as engaging with the brand goes, LG has stated that it will be doubling down on digital and having a greater online presence. As such, the company's website, Facebook page and YouTube channel are the best platforms to see the latest and greatest coming out of LG.