To give its army added edge, DARPA is working on unjammable chip

The modern day battlefield is filled with as many connected devices as it is weapons. This is the belief of the United States' DARPA (Defence Advanced Research Projects Agency) which states that the military "will need better tools for managing the EM environment and for avoiding interference from competing signals." To ensure an interference-free zone during warfare, DARPA has designed a high speed analogue-to-digital converter (ADC) device. The organisation recently detailed their new "advancement" via their press site, explaining how it works.

While ADC's currently exist in the field, they are only capable of converting a finite amount of analogue data that exists within the electromagnetic spectrum (EM) of a combat area. As such, these other modern-day ADC's can often overlook data, such as jamming and other problematic EM signals, according to DARPA. 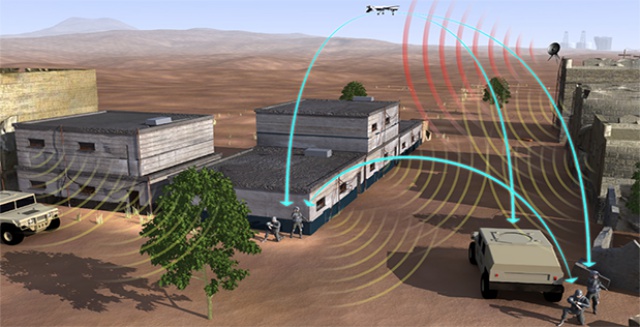 To combat this, DARPA's newly developed ADC can operate on a far wider and faster spectrum within the EM field, picking up greater amounts of data and allowing its user to better navigate otherwise congested EM spectrums. To put its speed in perspective, DARPA says it can analyse spectrum signals at a rate of 60 billion times per second, essentially 1 TB of data per second. This therefore allows the ADC to be virtually unjammable by known electronic warfare methods, at least according to DARPA.

While this is indeed a major step forward for DARPA, the new ADC device is not combat ready, as it is still fairly large. Added to this is the vast quantities of data it needs to store. To address the former, DARPA is partnering with GlobalFoundries to shrink the ADC device size from 32 nm to 14 nm. As far as data storage goes, this is still something DARPA must find a solution for.