If you spend the midnight hours burning your PlayStation 2, then Tony Hawk's Underground 2 was always part and parcel of your gaming rotation. Many a hour was spent trying to link together as many grinding combos and achieving insanely high scores. Sadly though, after Underground 2's 2004 release, no other Tony Hawk skateboarding game quite lived up to the billing. Luckily the new trailer for Pro Skater 5, courtesy of Activision, looks promising and feels very reminiscent of the Tony Hawk franchise a decade ago. 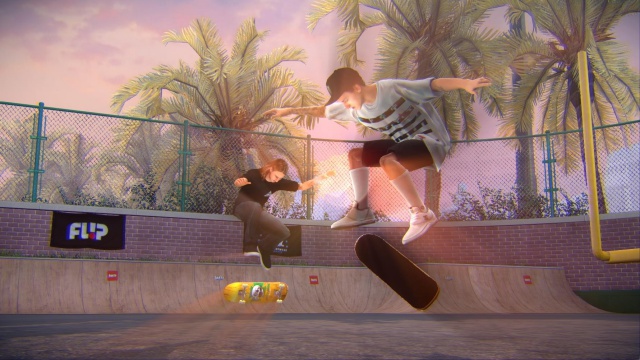 This iteration has been on the cards for quite some time, with rumours of its development popping up with metronomic regularity over the past few years. For once, thankfully, the rumours were true, and now we'll have to wait a little while longer until 29 September 2015, when Pro Skater 5 debuts on the Xbox One, Xbox 360, PS4 and PS3.

Much like the early games in the franchise, Pro Skater 5 seems fully focused on stringing together combos, whether it be grinding in a warehouse, a rooftop or suburbia. Added to this, it looks like the Create-A-Park feature will play a big part in Pro Skater 5, and will allow gamers' inner designers to go wild.

Furthermore, the game is set to include a roster of real-world professional skateboarders, including Mr. Hawk himself, as well as Nyjah Huston, Lizzie Armanto and David Gonzalez to name a few.

Hit the play button below, and enjoy the skate park action. We've also thrown in a behind-the-scenes video for your enjoyment afterwards.