If you're an active participant within the digital world of social media, chances are you have a Twitter account. That said, there are some users who are yet to make use of the online platform, and that's where Twitter's newly redesigned homepage is aiming to pay dividends.

In a story first detailed to Buzzfeed, Twitter gave a glimpse into what its new homepage will look like (featured below). This is the landing page that unsubscribed or logged out users will see, although some parts of the globe, South Africa for one, are yet to see the new homepage in action. When it does finally port over to South Africa, it will feature a series of curated tweets and news stories. Added to this are Flipboard-esque categories that potential users can click on and view. Furthermore, a search bar will be added, allowing users to look for specific trending topics or Twitter handles. 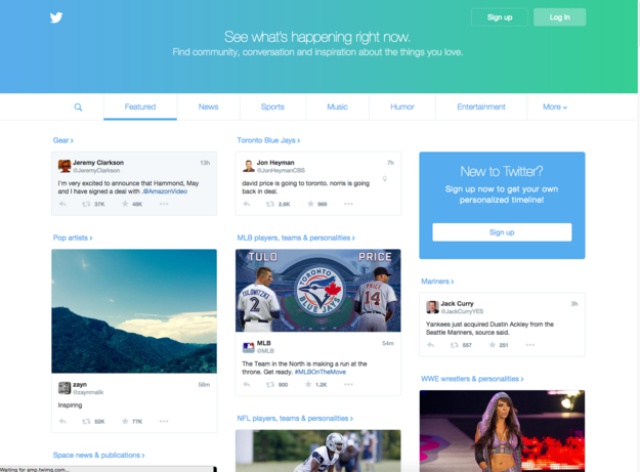 The change follows a series of ones made under the control of Twitter's interim CEO, Jack Dorsey, "who is willing to to question everything in an effort to make Twitter more intuitive," according to Buzzfeed.

As such, instead of the usual Twitter image, and prompt to log in most people are familiar with, this new homepage will try and show what Twitter is all about, and how users can benefit from it.