At its Build 2017 developer conference in May this year, Microsoft made a number of announcements. One of the more interesting ones included the fact that the company would make Ubuntu available to download from its online store. Now, two months later, the Linux-based operating system has found its way onto the Microsoft Store, and it's (obviously) free to download. 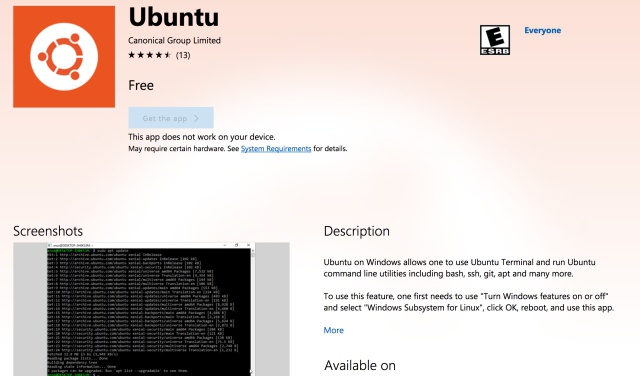 The OS will run on a sandbox alongside Windows 10, and serve up command line utilities that regular users of the platform are familiar with. Added to this will be the ability to share access to files and and hardware with Windows 10.

Once downloaded, users will need to head to their Control Panel and select the Turn Windows features on and off menu. From there, the Windows Subsystem for Linux must be clicked, and Ubuntu will ready to access following a reboot.