Windows 10 coming to a PC near you on July 29th

We've been waiting a while for Microsoft to confirm the release date of Windows 10. In fact, ever since the the company's new cross-platform OS was showcased in January this year, rumours have slowly been churning about its impending release. Now, July 29th is confirmed as the official release date for Windows 10 by Microsoft. The company has also been detailing some of the key features that Windows 10 will bring to the fore.

The first, and most likely to please Windows 8 users is the return of the Start button. Along with the iconic button's return to the home screen, is a far more user-friendly way to navigate Windows 10 and its native applications and programs. Instead of the Live Tile interface of yesteryear, applications will open up on the home screen itself. Along with the integration of Windows OS fan favourites, Microsoft has highlighted five new elements in particular.

The first is Cortana, which Microsoft also used to make the announcement (included below). This personal assistant is designed to "learn" a user's habits, as Microsoft aims to provide a richer form of user interaction. Next is Microsoft Edge, the new native web browser that will replace Internet Explorer. Edge is said to be more refined than its predecessor, and will allow users to share, annotate and read online content with greater ease.

Office 2016 has also received the attention of Microsoft, with applications like Word, PowerPoint and Excel all utilising a "touch-first" functionality, with each application available for purchase separately. Along with Microsoft's Office tools, the in-OS Calendar, Photo, Video and Mail apps have been redesigned, as well as full cloud-syncing functionality with OneDrive.

Lastly, the Windows Store will be unified. As such, access to music, games and apps alike will be available form one single portal. This new feature is aimed at making both purchasing and searching for Windows 10-specific content far easier, an aspect that Windows 8 could not fully accomplish.


Now, Microsoft has a little under two months to iron out all the bugs and cinks within Windows 10 before it officially goes to market on July 29th. With such a short amount of time left, The Verge expects a large update to roll out on the same day as the OS is released, especially given the cross-platform nature of many of its apps. How successful Windows 10 will be compared to its predecessor remains to be seen, but this new OS looks very promising indeed. 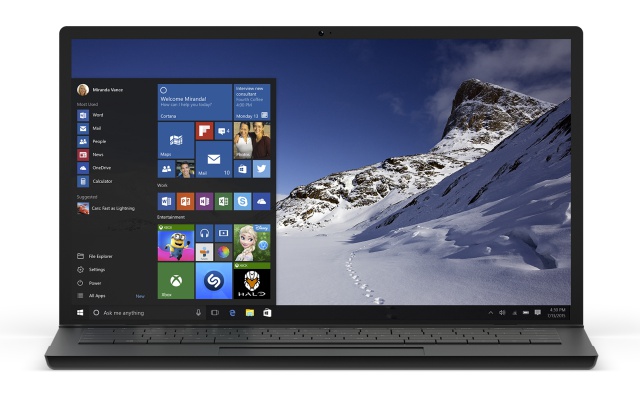