It's not only getting new iPhones in the hands of consumers that Apple is interested in, but also its mobile software. To that end, the company may not be happy with the recent adoption of its latest operating system, iOS11, which is currently sitting at 52% (as of 6 November) among devices compatible with it.

While a little over half may be a solid number, it is in fact lower than previous iterations of iOS, with iOS 10 reaching 60% around the same time last year and iOS 9 adopted by 67% of users the year before that. 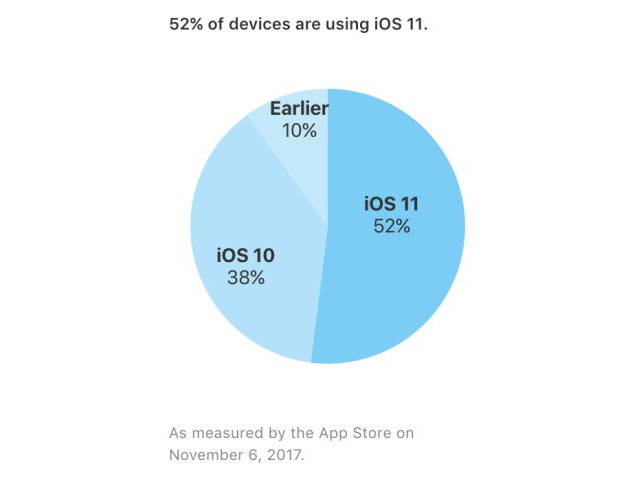 The reason for the slower adoption is unclear, but The Verge cites the fact that many of its features are designed for newer iPads as opposed to iPhones. Add to that the the iPhone X is the only real handheld device optimised for the operating system, along with iOS 11 being plagued with bugs early on in its rollout. As such, users may have to bide their time until iOS 12 for a more adoption worthy operating system.