Apple reveals its not so new iPod touch and iPod nano

The new iPod touch, like the latest iPhone, operates on Apple’s new iOS 5 mobile operating system (OS), which includes more than 200 new features such as iMessage and Wi-Fi Syncing to iTunes.

Just like Research In Motion’s BBM (BlackBerry Messenger) application, Cupertino’s iMessage enables users to send instant messages, photos, videos as well as contact information to another user (or group), that is using an iOS 5-running mobile device. Game Center has also been improved and now features the ability to add photos to a user’s profile and purchase new games from within the Game Center app (and not just from Apple’s App Store).

Apple’s new iPod touch also works with iCloud, the company’s set of free cloud services, including iTunes in the Cloud, Photo Stream and Documents in the Cloud. These will all work with a user’s iPhone, iPad, iPod touch, Mac or PC to automatically and wirelessly store content and push it to your devices. If a user adds content, such as a new app or new music track to one device, all the other devices are updated automatically and wirelessly.

Fitness fanatics will appreciate the fact that the iPod nano now tracks your runs and walks right out of the box with no accessory required. It can track the time, pace and distance of a user’s  run, the calories burned, as well as the number of steps that you walk. Also onboard is Eye of the Tiger style, motivational real-time voice feedback during a user’s run, which is available in seven languages. Users can also upload workouts to the Nike+ website and set goals and track their workout progress. The ultra portable iPod nano will be available in seven colours, namely silver, graphite, blue, green, orange, pink and red. 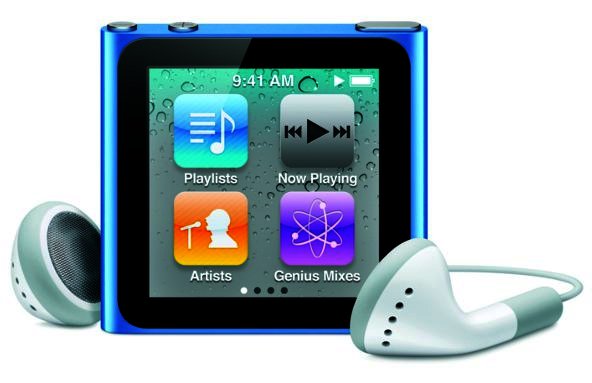 Apple’s latestiPod nano is already available in the US in 8 GB and 16 GB guises, whilst the iPod touch will be available as of 12 October in black and white, with 8 GB, 32 GB and 64 GB models being offered. No local pricing and release info is available as yet.

“iPod has revolutionised the way we listen to music and with over 320 million sold is the world’s most popular music player,” said Philip Schiller, Apple’s senior vice president of Worldwide Product Marketing. “iPod touch, now available in both black and white, is the best selling iPod ever, and with iOS 5 and iCloud it is better than ever.”