Call of Duty will receive ongoing updates
This week, it was revealed that Activision has plans to continue to update its wildly successful Call of Duty franchise on a regular basis, presumably to ensure that the game inhabits a permanent place in the consoles and PCs, not to mention mind and hearts, of its many players.
In an interview with Wired.com, Activision Publishing’s chief executive officer Eric Hirshberg revealed that the company viewed the franchise as a “persistent world for its players, that is both constantly evolving and perpetually played.”

“The idea of giving people constant incremental playable content and making it so you’re never more than a few weeks away from the next new experience within the Call of Duty universe is part of what we’re experimenting with,” elaborated Hirshberg.
He explained that one of the more appealing ideas was to spread out downloadable content (DLC) so as to ensure that it comes more often and with greater regularity. Additionally, Hirshberg continued that the company planned to “experiment with more of a variety in the forms of playable content.”
Obviously this is good news for Call of Duty players, even those who haven’t necessarily subscribed to the premium Call of Duty Elite service, and no doubt would extend the franchise’s life considerably.
God of War 4 may be imminent
One snippet of information that fell into the “blink and you might miss it” category this week is a rumoured fourth entry in the God of War franchise, by none other than one of the game’s composers.
Apparently, the resume of Timothy Williams indicated he was working on a forthcoming game for Sony, and listed it as God of War IV. Williams then confirmed to Joystiq that it was not a typo but that he was in fact working on “orchestrations and some additional music” for the game.
The revelatory resume has since been taken down. While Sony didn’t comment on the matter, at this point we wouldn’t be too surprised by a big reveal of God of War 4 at this year’s Electronic Entertainment Expo (E3). Of course, as huge fans of the franchise, this is one rumour we hope turns out to be true. 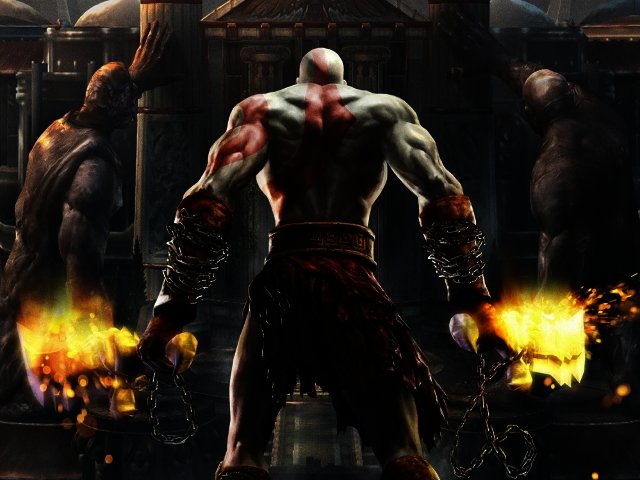 Rumour has it Kratos will be back for fourths...we recommend locking up
your minotaurs and harpies just in case.
Infinity Blade series attains blockbuster status
Epic Games and its development studio, ChAIR Entertainment, this week revealed that  earnings from the Infinity Blade video game franchise has eclipsed the $30 million (R240 million) mark in just one year since the introduction of the original game.
Infinity Blade and the more recent sequel, Infinity Blade II are amongst the iPad’s strongest gaming titles available on Apple’s App store.
Further bolstering the franchise’s success is the fact that Infinity Blade II, has apparently exceeded $5 million (R40 million) in just one month since its release at the beginning of last month, a feat which took the original title three months to achieve.
The games, which run on Unreal Engine 3 technology, have been widely lauded for demonstrating that the tablet platform certainly can offer up console quality gaming experiences.
Crysis 2 most pirated game of 2011 on the PC
There are many awards that developers clamour to win - Best Game of the year is the one that most often comes to mind.  But one of the less desirable ‘honours’ is being named the  most pirated PC game of the year, but this title has been claimed by Crysis 2, according to TorrentFreak.
The game was apparently downloaded 3.9 million times since March last year, beating out Modern Warfare 3’s ‘score’ of 3.6 million downloads since November. Battlefield 3 followed closely behind with 3.5 million downloads.
On the consoles, Gears of War 3 and Super Mario Galaxy 2 were the most pirated Xbox 360 and Wii games respectively. 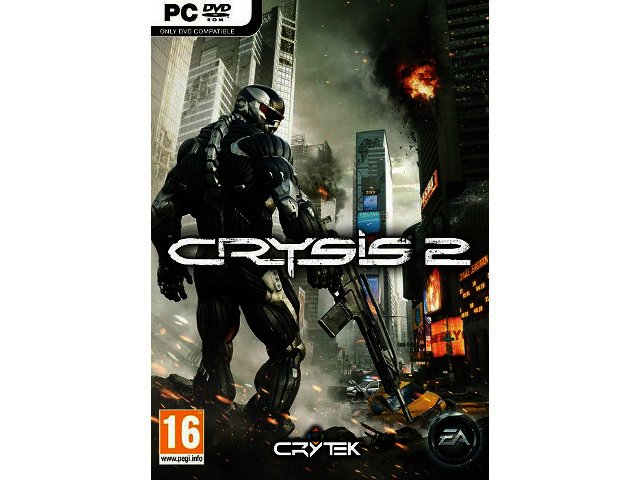 Epic Mickey 2 confirmed for Xbox 360, PS3 and Wii
This week, yet another previous rumour was confirmed as being fact when a Disney newsletter outed Epic Mickey 2 as being forthcoming for multiple platforms. The action-platforming game is the sequel to the Wii exclusive Epic Mickey.
According to the newsletter, published on Eurogamer, players will be able to venture into a world populated by “Disney’s forgotten characters,” and for the first time in the series will be able to enjoy co-operative play via split screen.
The newsletter elaborated that in  two-player mode, one person will be able to play as Mickey, wielding magic paint and paint thinner to dynamically change the world, while the second player would step into the shoes of Oswald the Lucky Rabbit, with the power to fly like a helicopter and use electricity to fight enemies and solve challenges.
Final Fantasy XIII-2 demos being released
In anticipation of the forthcoming release of Final Fantasy XIII-2, Square Enix revealed this week that demos of the game will be available for both the Xbox 360 and PS3 on the 11th of January. For players who cannot wait to immerse themselves in the Final Fantasy world again, hit the video below to see the Moogle in action.
TAGS:
Gaming News Round-upcomputer and videogamesCall of DutyXbox 360Epic Mickey 2God of War 4
USER COMMENTS