At a packed and bustling launch event in London, attended by more than 400 journalists from Europe, as well as the Middle East and Africa, HTC unveiled the newest addition to its range –  the HTC One.

TechSmart was on hand to gather first impressions, hear the company elaborate a bit on the new features and explain why this is a “new kind of smartphone”.
Firstly, the basics: the HTC One sports an aluminium unibody and 4.7", full HD (1920 x 1080) screen, while the scratch resistant display boasts 468 pixels per inch (ppi), running on top of  the Android Jelly Bean operating system.
The Qualcomm 600 quad-core processor, clocked at 1.7 GHz, and 2 GB of memory accounted for the zippy experience we had with the device in our brief hands-on time. 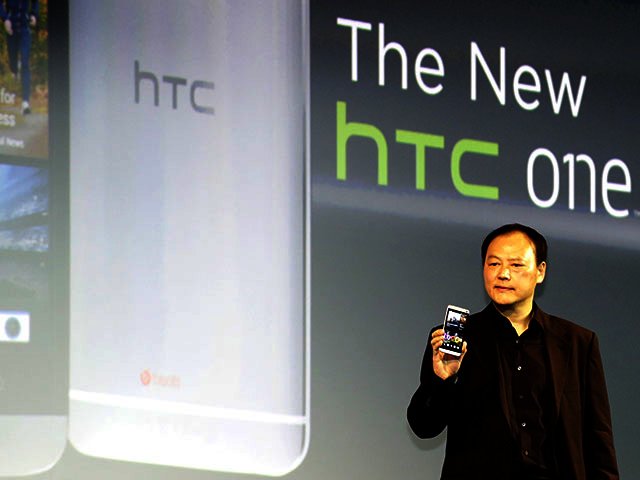 Peter Chou, the CEO of HTC Corporation shows the HTC One.
HTC speaks: The smartphone reimagined
According to Peter Chou, the CEO of HTC Corporation, as general users are turning to their smartphones in new ways, and immersing themselves in a constant stream of updates, news and information, the industry needs a new approach to smartphones.
He further asserted that, although smartphones are one of the main ways users stay in touch with the people and information they care about, conventional designs have failed to keep pace with how people are actually using these devices (in our understanding, as miniature tablets).
For example, he cited that the industry at large was witnessing a new generation of users who rely on their smartphones constantly, and frequently use them to generate their own content.Thus, he explained that with the HTC One, HTC has “re-imagined the mobile experience from the ground up to reflect this new reality.”
Users take notice: New features unveiled
This reimagining consists of a plethora of new features and enhancements. The first of these, and most relevant to those who use their smartphone for content consumption, is HTC BlinkFeed.
BlinkFeed essentially transforms the home screen into a single live stream of personally chosen information that is of interest. Scott Croyle, HTC’s vice president of design, explained that BlinkFeed could include social media, entertainment and lifestyle updates, news and photos with immersive images so that people no longer need to go to separate applications to find the latest news in the areas that interest them.
He continued that BlinkFeed is designed to give flashes of fresh content from sources that are of personal interest to its users, along with the option to easily focus on particular topic or category at any time.
To enable this, HTC plans to provide both local and global content from in excess of 1400 media sources with more than 10 000 articles per day from the likes of the AOL family of media properties, ESPN, MTV, Vice Media and Reuters, amongst others. 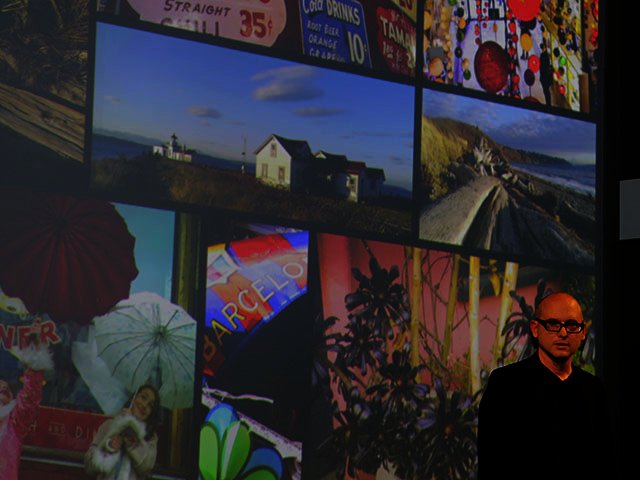 Scott Croyle, HTC’s vice president of design, explains the smartphone's new features,
which includes an overhaul of HTC's camera technology.
Now see here
Also on offer, this time with content creation in mind, is the overhaul of the HTC smartphone’s camera, as the company announced its UltraPixel Camera with HTC Zoe.
Croyle debunked the myth that more megapixels produce better images, explaining that instead, what really mattered to image quality was pixel size. Therefore, its UltraPixel Camera offers an f2 aperture lens and a “breakthrough sensor” that will apparently gather 300% more light than traditional smartphone camera sensors, for much improved low-light performance.
Alongside this is HTC Zoe, which captures three second video snippets for every still frame. These so named ‘Zoes’ then make a traditional photo gallery of still images appear as a gallery of motion images. Additionally, HTC Zoe further generates highlight films from each event and set the stills and video captured to music with professionally designed cuts, transitions and effects.
Croyle enthused that these highlight videos can be remixed or set to different themes, and can be easily shared on social networks, via email and using other services.
Sounds good
However, the phone’s camera and content consumption capability are not the only features to receive attention. Two other features make an appearance on HTC’s One.
First of these is HTC BoomSound. Croyle admitted that on most smartphones, speaker performance was simply awful, and often resulted in tinny sound. BoomSound aims to remedy this by incorporating two front-facing stereo speakers with a dedicated amplifier, and naturally, with HTC’s stake in Beats Electronics, Beats Audio is integrated as well.
He added that the HTC One doesn’t stop with providing great audio playback, but further changes the way users record and capture audio as well, by using two microphones to captures a broader range sound rather than one mic being overwhelmed by sound.
Additionally, on the subject of improved sound, Croyle explained that the smartphone features SmartVoice, which monitors ambient noise around its user and dynamically adjusts speaker sound so as to better deal with surrounding noise that may make it difficult for users to hear their phone conversation.
Finally, HTC Sense TV aims to make the smartphone an integrated part of the living room, as the HTC One is able to function as an interactive program guide and remote control for most TVs, set-top boxes and receivers. 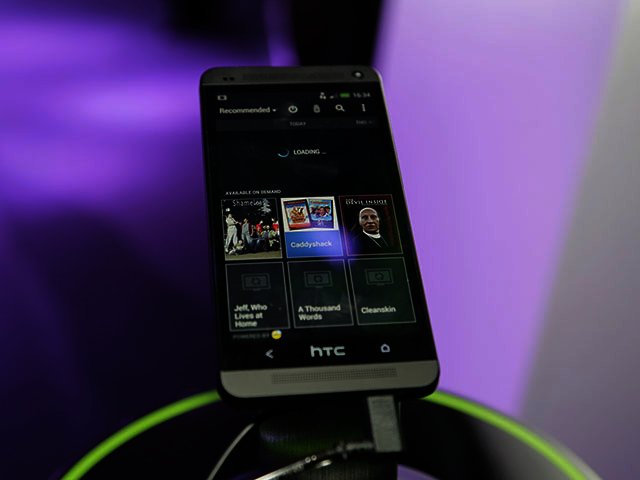 The HTC One certainly looks sharp, thanks to its zero gap aluminium body.
TechSmart touches: Hands on with the HTC One
The phone is certainly beautifully crafted in the flesh, and both looked, and felt, like a solid slab in one’s hand, while gently rounded corners made it pleasingly ergonomic to hold. Somewhat deceptively, the phone’s 143 g mass felt surprisingly lightweight, but without the plasticy feel that haunts some other phones.

In general use, the HTC One appeared extremely fast, as flipping between apps – multimedia and otherwise – exhibited zero lag, no matter how hard we attempted to push it to its limits.  Additionally, the new version of HTC Sense not only made it very easy to use, it appeared to do so with a greater degree of sophistication, and no less importantly, made browsing through the HTC One’s features a visual pleasure.

HTC made a big deal of the smartphone’s sound capability, and we can attest to its claims. Despite the very loud music and the buzz of conversation - ambient noise to the max - small slightly shielded booths housed the phone, where we played Ellie Goulding’s Anything Could Happen on the device to great effect. We could hear every word and, much as we hoped, the sound was loud and rich without being tinny.

The new Sense was not the only thing that caught our eye, the screen is simply stunning, with deep, vibrant colours - the way we like them - clearly geared towards apps and movies that are best served by high graphic fidelity.
With Sony also moving towards full HD with its 5" Sony Z flagship, and LG doing the same with its 5.5" Optimus G Pro, the ball is now in Samsung’s court to see what they can come up with in the Galaxy S IV. 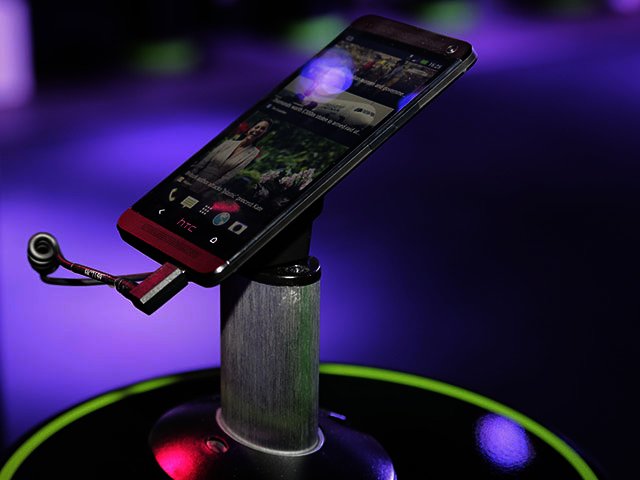 It is also very thin, and surprisingly light in the hand.
To the point

It may very well be too early to call the HTC One the smartphone of 2013, considering there is still plenty of the year ahead, including Mobile World Congress later this month.
This though, we can say: we certainly have a contender on our hands, and local HTC fans are likely not going to be disappointed by what the company has to offer when it becomes available worldwide. The HTC One is expected to land locally in April, with no South African price announced yet.
TAGS:
HTCHTC OnesmartphonesPeter Chou
USER COMMENTS