TechSmart was given the opportunity play with Sony’s latest flagship, the Xperia Z, at a function held today at Vodaworld, Midrand. Here are our first impressions.

The past few years, Sony, like so many other handset manufacturers, has had  to come to grips with a smartphone world that differs drastically from the old pre-iPhone days. Gone was the traction Sony Ericsson had with the rather excellent P800 and P900 touchscreen phones; instead they were forced to adopt the Android platform or face extinction.

Luckily they jumped ship at the right time, but it has not been smooth sailing since. While the company produced a number of solid midrange phones, their flagship devices struggled to gain the envious stares one would once expect from Sony. Last year’s Xperia S (review), for example, did not ship with the latest Android OS (Ice Cream Sandwich at that stage) out of the box. It offered little resistance to the almighty Samsung Galaxy S3 tsunami that followed, but then again, so did few others.

Sony believes its latest flagship, the Xperia Z, will be a winner, and from what we’ve seen of the phone, they might be right - for now at least.

While the unit looks big with its massive  5” screen, at 146 g the Z does not come across as overly bulky, unlike the Nokia’s portly Lumia 920’s 185 g rump (review). The Xperia Z learned a few lessons from its rough-and-tumble cousin, the Xperia Go, also being water resistant up to 1 m, with Mansoor Ahmed, product marketing manager for Middle East and Africa at Sony Mobile Communications, noting that the frame is made of a roll-with-the-punches polycarbonate fiberglass composite.

He also mentioned the design quality of the unit, emphasising the reflective design and special touches such as an aluminium power button. While this might be interesting, in our opinion the boxy design is not an immediate head-turner, but, having recently lost a phone to water damage, having a water resistant top-end phone is very valuable in its own right. 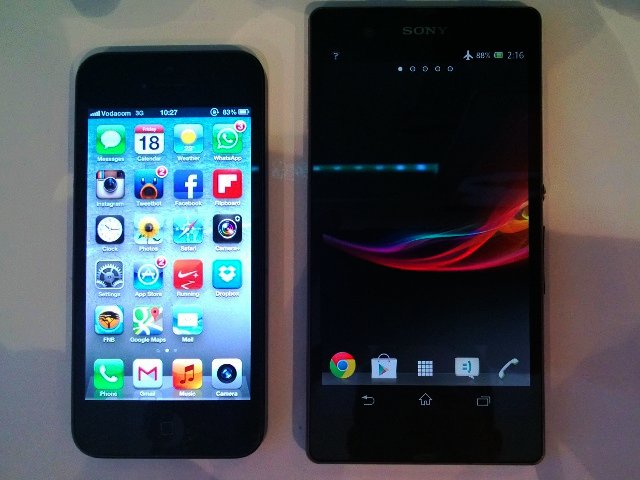 Doing the hard work in the background is a 1.5 GHz Qualcomm APQ8064 chip with four cores pulling at 1.5 GHz each, a more than helpful 2 GB of RAM and a so-so 16 GB of internal storage. Fortunately, this can be expanded upon using the microSD storage slot.

There are loads of other connectivity options to choose from, including LTE and NFC, with the latter being high up on Sony’s list of priorities. We’ve seen strong efforts from the company on the NFC side with their SmartTags, and now they are expanding their NFC ecosystem by including it on TVs, TV remotes, speakers and cameras. For example, pair the Xperia Z with a Sony NFC equipped camera and you can transfer photos to your phone and post it to Facebook in a jiffy. Christian Lonne, sales director for Sony Mobile Communications Middle East and Africa, noted that Sony truly believes in NFC as a powerful technology, enabling Sony smartphones to offer a range of connectivity options. Additionally, it further strengthens integration within an ever expanding Sony ecosystem.

Ahmed demonstrated the Z’s wireless connectivity, using its Miracasting technology to connect to a television. Miracasting allows the mirroring of the phone’s screen on televisions with either Miracasting built-in, or with an adaptor. Since the Xperia Z has a native 1080p display, this looks a treat.

As we’ve come to expect from Sony, a lot of attention has been paid to the camera which, in the Xperia Z’s case, snaps 13 megapixels images. Ahmed called the camera “dumb proof” since it includes a ‘Superior Auto’ setting that automatically adjust to the correct shooting setting. It also includes Sony’s new Xmore RS image sensor that allows not only for HDR (High Dynamic Range) photos, but also HDR video, resulting in better picture quality of subjects with a bright backlight. 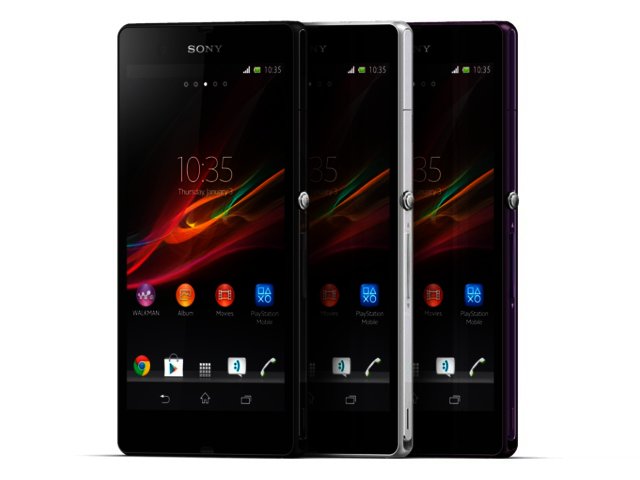 As we’ve noted when the Sony Xperia Z made its appearance at CES earlier this year, it surely looks like an exciting unit, able to compete, and give a hiding, to the best available. But with a number of hot phones scheduled for the Mobile World Congress in February, and the Galaxy S4 ready to soon pounce from Samsung’s R+D department, will it have what it takes to remain top in class?

The Sony Xperia Z is expected to debut in SA early in Q2 2013, with no official price been announced yet.