After many rumours and speculation, Sony has finally announced its next generation gaming console - the PlayStation 4 (PS4) - which not only boast improved processing and graphics power, but also provides deeper social gaming capabilities and innovative second-screen features.

Although we don’t know what the new console looks like, since Sony did not showcase the new unit during the two hour announcement event, we do know what’s happening under its Japanese bonnet. The PS4 system is powered by a custom chip that contains eight x86 64-bit cores along with a capable AMD-developed graphics processor unit (GPU) dubbed Jaguar that can generate 1.84 teraflops of processing power.

No further specs on this GPU were provided and Sony only stated that the PS4 is equipped with 8 GB of unified GDDR5 memory, which should allow for a further boost to the console’s graphical performance. In addition, the PS4 will offer 802.11n Wi-Fi, USB 3.0 ports (no word on how many yet), Bluetooth 2.1, a 6x Blu-ray disc reader, HDMI out, as well as analog AV out for older TV models. The internal storage space the console will offer has not been disclosed yet. 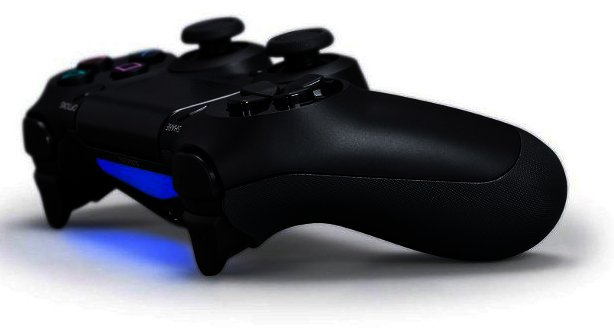 Sony’s new console will debut new social connectivity features that has been built into the actual foundation of the system’s hardware architecture, to deliver dedicated ‘always on’ video compression and decompression systems that enables seamless uploading of gameplay.

This means that players will be able to share in-game achievements by pressing the ‘SHARE button’ on the controller, scanning through the last few minutes of their recorded gameplay, tag it and then return to the game, whilst the video proof (or images) of their triumph is uploaded to social networks like Facebook at the same time.

PS4 gamers will also be able to broadcast their gameplay in real-time to friends using live internet streaming services, with their friends being able to make comments on the streamed gameplay and even join in the playing action if a gamer happens to be struggling with the game. More conventional social gaming features such as co-op play and cross-game chat is also offered on the PS4.

If people are actually interested in watching others play remains to be seen.

The PS4 further integrates second screens including Sony’s PlayStation Vita (PS Vita), Xperia smartphones as well as tablets, to provide functionality like Remote Play. This feature allows gamers to seamlessly stream and play certain PS4 titles stored on their home console, on their PS Vita portable over a Wi-Fi networks. Sony said that it aims to make most of the PS4 titles playable on PS Vita in the long term.

A new application called PlayStation App will further enable iPhone, iPad, and users of Android-powered mobile devices to also act as second screens for the PS4. Once installed, this app will allow players to view maps on their second screens whilst playing an adventure game for instance; buy PS4 titles using their smartphone and have it download to their gaming console at home; or simply remotely watch their friends playing games on their PS4.

Sony’s PS4 is launching internationally this holiday shopping season at the end of the year. No local release info is available yet. The next generation console ball is now in Microsoft’s court, so the pressure is on Redmond to showcase the next Xbox.

In related news, Sony also recently pulled the wraps off its Xperia Tablet Z tablet, which is  waterproof as well as dustproof and measures in at a wafer thin 6.9 mm whilst weighing just 495 g. Sony’s latest tablet shares many of the same specs as the Xperia Z smartphone, as it is powered by a 1.5 GHz quad-core Qualcomm Snapdragon processor, and features 2 GB RAM while Android 4.1 (Jelly Bean) handles the operating system.

UPDATE: We received the following statement from Mario Dos Santos, CEO of Ster Kinekor Entertainment, local distributors of PlayStation, regarding the South African release date of the PlayStation 4: “At this time we have no official release date or recommended retail price for South Africa. We are however confident that a simultaneous release will shortly be available for all major territories. Ster Kinekor Entertainment expect to have more details on release strategy in the next few weeks.”