Hype and the iPhone 4S - what went wrong

After the flurry of anticipation, the swirl of rumours and its fair share of hype, the iPhone event has come and gone, without delivering an iPhone 5. Rather, as the Wall Street Journal predicted, a more incremental upgrade, the iPhone 4S, was forthcoming, with a number of new improvements and features.

While some technology sites, such as Engadget, have been warming up to the phone and the improvements it offers, analysts and users have been less welcoming. According to CNN, one independent telecom and technology analyst, Jeff Kagan, explained that the launch was largely a disappointment, as Apple didn’t “shake the earth, but instead offered incremental improvements.”

Kagan faulted the company for allowing rumours and speculation to “run rampant.” He added that this only fuels expectations of “something big,” which in his opinion, the launch failed to deliver. Additionally, some of the new announcements that were made simply don’t apply to users living outside the US. That the iPhone will be available on another US network is of no consequence to someone living in South Africa or elsewhere in the world.

He is not the only one who is disappointed. According to the International Business Times (ibtimes), which interviewed several users at the Manhattan Apple Store after the launch, the response was less than favourable.

The site reported that the launch had led to “immediate disappointment and reconsideration of planned iPhone purchases and upgrades among consumers”. One buyer, Keen Heick-Abildhauge, who was visiting from Russia, had planned to buy the iPhone 5 on its release when launched. However, this failed to materialise. The site instead notes that for him the upgrade was simply "just not good enough," to justify its purchase.

Even more telling reaction came from another consumer polled, Jim Walb, who added that the lack of an iPhone 5 was a loss of an opportunity that would prompt him to look at an Android option instead.

The problem with hype

This highlights perhaps the biggest problem with hype - if the company doesn’t live up to both desired improvements and often unrealistic expectations, users invariably end up disappointed about not receiving what they hoped the new device would offer. More so from a company such as Apple, that has set such high standards in the past.

While marketing and sales departments may love hype, it does not always work in a company’s favour. Unrealistic expectations and the resulting disappointment unfortunately can obscure what may very well end up being worthwhile and notable new features or innovations, such as an eight megapixel camera and Apple’s Siri respectively, and the impending improvements coming with iOS 5. 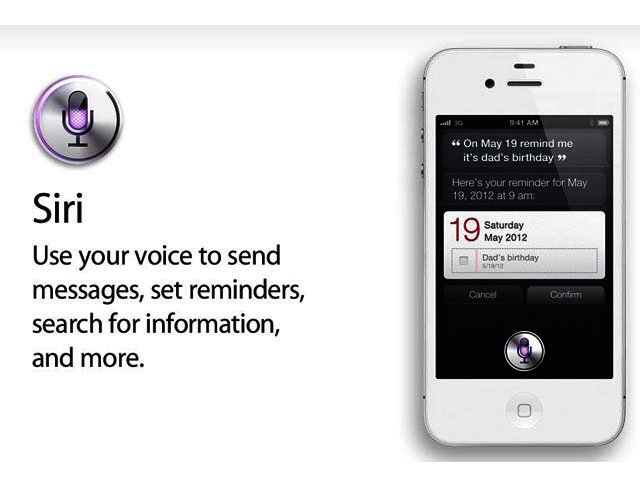 Siri may just turn out to be Apple's next revolutionary development.
Game changer

Apple, however, has something of a reputation as a game changer. In this launch, that mantle may belong to Siri,  the new intelligent digital assistant, which allows people to ask it questions and then understands the context and delivers results accordingly. For example, the technology understands that a question such as “Will I need an umbrella this weekend?” implies that you want a weather forecast.

Gizmodo’s Sam Biddle has nothing but praise for the new voice command technology, writing that it was just as amazing as was hoped. “The things the Siri can tell you are diverse and will be incredibly helpful. And because it uses natural language instead of awkward preset commands, you can speak to it like a person, not a program,” he enthused.

Indeed the ability to “talk” to one’s phone and have it “intelligently” respond may become a feature that in time, we wonder how we ever interfaced with our phones - and devices - without. In the long run, the announcement may be remembered more for Siri and the innovations it prompted, rather than for the new iPhone 4S itself.

It’s just a pity that it may have been overshadowed - for now - by a launch that was expected to deliver on user’s demands rather than new directions.
TAGS:
iPhone 4SSiriiPhone 5Apple
USER COMMENTS