For the month of July, Internet Explorer managed to account for the clear majority (52.71%) of the global browser usage share, which is a drop of almost 1% compared to the previous month’s share (53.68%).

Also dropping slightly (0.2%) in terms of its global usage share is Mozilla’s Firefox browser, which claimed a share of 21.47%. Google’s Chrome continues to eat away into the shares of both Redmond and Mozilla’s browsers, upping its share to 13.49% from 13.11% during June.

Things are also looking up for Apple’s Safari browser as it snapped up an 8.10% share of the global browser usage figures, up from 7.48% in June. Opera Software’s Opera PC browser’s share dropped from 1.73% in June to 1.65% during July. 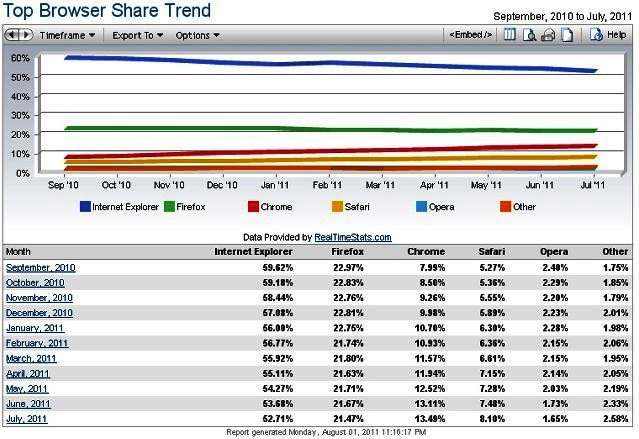 Lenovo Study: Over 80% of businesses expect to work remotely for half of the tim...
Huge spike in ransomware attacks calls for adoption of Backup-as-a-Service solut...