Nokia N9 to get firmware update and new colour in Q4

Nokia has revealed that it will as, previously indicated, be updating the firmware of the MeeGo-operating N9 smartphone. According to a post on Nokia’s official Conversations blog, users will be able to download this software update during Q4 of this year.

The Finnish phone firm previously stated that the first updates will be based on feedback that it received from operators as well as users, and will be targeted towards making the smartphone even more intuitive to use.

This has proven to be the case as the update entails usability improvements, the likes of music controls keys on the lock-screen and being able to close apps by simply swiping them down by default, as well as an NFC tag reading feature. No local release date is available for the update as yet.

Besides the software update Nokia also stated that the N9 will now be available in white to go with the cyan, magenta and black models currently available.

Frank Zillikens, head of the product marketing for the Nokia N9 explains why this colour choice wasn’t available from the launch of the N9 : “The manufacturing process for beautiful white products is quite complex and we wanted to make sure we deliver the best possible quality for our consumers.”

The white Nokia N9 features a glossy finish, as opposed to the matte finish of the black, magenta and cyan N9 versions and it will be available during Q4 of 2011, kicking off with the 64 GB version.
In related news Nokia also recently unveiled its first pair of Windows Phone Mango running smartphones, the Lumia 800 and the Lumia 710. Espoo also showed off its upcoming Series 40 Asha range. 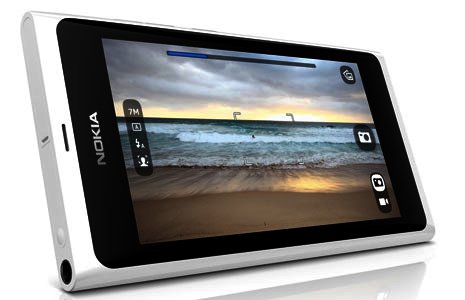