The Espoo-based company has announced the sale of its 1.5 billionth Series 40 mobile phone, which was sold in the Brazilian city of São Paulo to a 21 year old named Mayara Rodrigues. The 1.5 billionth phone was a Nokia Asha 303, which forms part of the company’s Asha family of Series 40 mobile phones, aimed at the lower-end of the mobile spectrum.

Espoo’s first Series 40 phone was the Nokia 7110 which it developed in 1999. Since that time the company has added numerous features to these devices including Nokia Maps for Series 40, Nokia Browser and web apps, resulting in a blurring of the line between feature phones and smartphones.

Mary McDowell, executive vice president for Mobile Phones at Nokia said: “We are incredibly proud to reach this milestone. Having 1.5 billion Series 40 devices sold is a hard-to-reach mark, let alone one attainable in a single line of products. At a time when we are maintaining our commitment to connecting the next billion customers around the world - it is gratifying to consider how Series 40 devices have made mobile technology accessible and help continue to change people’s lives for the better.”

In related news Nokia also recently revealed that it will be dropping the Symbian moniker, renaming the Symbian Belle user interface (UI) update to Nokia Belle. 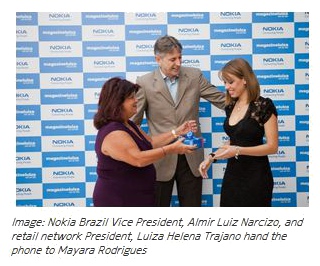