This mini is powered by a dual-core 1 GHz processor (make not specified) and operates on Android 4.1 (Jelly Bean), along with the latest version of Samsung’s TouchWiz skin. It sports a 4" Super AMOLED touchscreen that is more grip-friendly that the massive 4.8" (720 x 1280) on offer on the S III. The display features the same WVGA (480 x 800) resolution as found on the Galasy S II’s 4.27" display.

Additional connectivity options includes WiFi n, NFC (near field communication) support, Bluetooth 4.0, GPS/GLONASS, as well as 3G HSPA. Also onboard is 8 Gb worth of internal storage space that is expandable to 40 GB via its microSD memory card, a 1500 mAh battery compared to the S III’s 2100 mAh, as well as a very decent (1 GB) dollop of RAM. 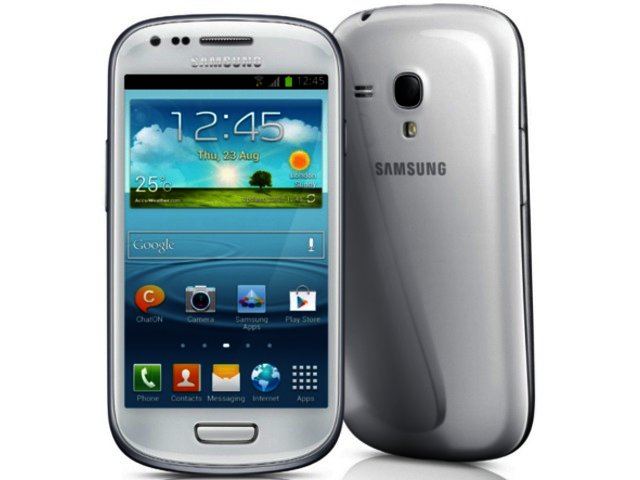 Users get a 5 MP rear-facing camera with LED Flash that is capable of recording HD-Ready (720p) videos, along with a VGA front-facing snapper for video calls or taking self-portrait shots.

No pricing or release info is available yet.

“The Galaxy S III introduced a new concept of smartphone that has proven hugely popular around the world. We’re now delighted to bring its revolutionary design, intuitive usability and intelligence to the Galaxy S III mini in a more compact form,” said JK Shin, president and head of IT and the Mobile Communications Division at Samsung Electronics. “We continue to make every effort to provide extraordinary mobile experiences to meet a wide variety of user needs.”

In other smartphone related news, HTC recently unveiled its new One X+ smartphone, a refreshed version of the One X that still boasts the excellent 4.7" (720p) Super LCD 2 touchscreen, but operates on Google’s Android Jelly Bean out of the box, along with HTC’s Sense 4+ skin and is powered by a snappier 1.7 GHz version (AP37) of Nvidia’s Tegra 3 quad-core CPU.