According to the Android and Me tech blog, Sony Ericsson is rumoured to be working on a new Android-powered smartphone to join the company’s impressive Xperia range, which features mobile devices including the Sony Ericsson Xperia arc.

This new smartphone will, like Nintendo’s 3DS, sport a 3D display for which users will not require 3D glasses. It will be going up against mobile devices including HTC’s EVO 3D as well as LG’s Optimus 3D. What will set it apart though, will be its display real-estate. This phone will boasts a whopping 4.7" touch-screen, resulting in a blurring of the line between tablets and smartphones. It’s not only the size but also the resolution that will impress, with a rumoured resolution of 1280 × 720.

Kodak vs. Apple & RIM case to be delayed as ITC judge retires

The Eastman Kodak company is suing Apple and Canadian smartphone and tablet maker Research In Motion (RIM), in order to get royalty payments that relate to its technology patents. These patents relate to the use of image preview technology for the built-in cameras of mobile phones.

According to the Wall Street Journal, the US International Trade Commission (ITC) judge responsible for overseeing this case is retiring, which could spell more delays in this trail. ITC chief administrative law judge, Paul Luckern, retired from the agency this week, and his case load, including the Kodak vs. Apple & RIM case, will now be handed over to other administrative law judges.

Besides probable delays, this move might also lead to a new outcome for the trial as a new judge will have his own take on the case, which thus far was working out in Kodak’s favour. The camera company is hoping to get a licensing deal with both RIM and Apple as a result of this case, which it says will provide it with a new revenue stream of up to $1 billion. 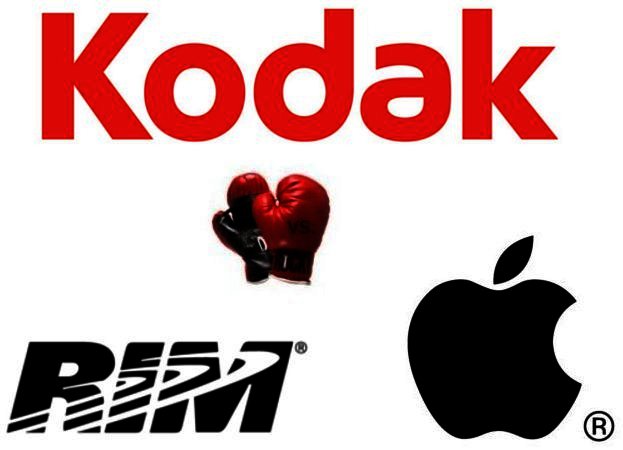 Google has announced that its beta Instant Pages feature, which gives users search results while they type, saving them a Google-estimated two to five seconds on typical searches, will be on by default in the latest stable version of Chrome. For Google users this will also mean that when they click a Google search result within Chrome, the page will appear to load a great deal quicker than before.

The search giant also announced that print preview is available for Windows as well as Linux users, within the latest version of Chrome. This feature utilises a fast built-in PDF viewer and an easy “print to PDF” option. Check out a side-by-side video comparison of Chrome with- and without Instant Pages enabled below.
Apple on top, but not for too much longer says EA founder

Apple’s most recent fiscal quarter has seen the Cupertino-based iPad and iPhone maker posting a record quarterly revenue of $28.57 billion, as well as record quarterly net profit of $7.31 billion. The company’s strong iPhone sales has also seen it knocking Nokia off its smartphone thrown.

In an interview with Edge Hawkins stated: “They invented this tablet thing that’s going to be really big. They’ve done really well by reinventing the phone.They breathed new life into the Mac. They’ve got this super-high marketing. All these things are about as good as they ever can be – how much better can it really get?”

“The thing is, it may take another year or two before it starts to decline, but it has to – everything does. Everything revolves so much around Steve, and no matter how good his lieutenants are, they’re not Steve. None of us is going to live forever, though I hope he lives for a really long time,” Hawkins added.

A peek at a Belle of an OS

This week a video hit the web which is sure to please many a Nokia and Symbian fan. It features the forthcoming Symbian Belle (Symbian Anna’s follow-up), which looks to be a more substantial update than Symbian Anna has been for Symbian^3. Amongst others this video shows off the brand new user interface, which boasts an Android-esque notification bar.

The OS’ widgets are luckily also unrestricted in terms of size and there’s a new camera interface and browser as well. Check it out on the video posted below. It was uploaded by YouTube user Danyal Gerard.
TAGS:
Tech News Round-uptnrthis week in techGoogleAndroidpatent war
USER COMMENTS