Apple on top of smartphone charts, but not a Galaxy away from pretender to the thrown

Market intelligence company ABI Research has released its analysis of Q2’s global smartphone shipment figures. The company stated that 103 million smartphones were shipped during Q2, which is a year-on-year (YoY) growth of 62% as well as a quarter-on-quarter (QoQ) growth of 2.2%.

The old king of the smartphone world, Nokia, has been dethroned and now finds itself in third place after this quarter, with 16.7 million devices shipped. The N8 and E7 maker’s market share has nose-dived from 38% in 2010 and 24% in the previous quarter to just 16% currently.

Apple however, posted record shipments in Q2 of 20.3 million, meaning that after only four years the Cupertino-based iPhone and iPad maker has now become top dog in the smartphone world. Unfortunately for Apple, it appears that it will merely be keeping the throne warm for Samsung.

The Korean manufacturer (who is involved in a patent battle with Apple) shipped around 19 million smartphones (Samsung's Android-operating smartphones represents 34% of Q2’s total Android shipments), including more than five million Galaxy S II units in the first 85 days of its availability.

According to ABC News Radio, a young Chinese couple have sold their three children in order to provide themselves with funds for playing online games at internet cafes. The publication quotes a southern Chinese newspaper, Sanxiang City News, stating that the couple (both 21) met in at an internet cafe in 2007. In 2008 they had a son, but days after his birth, the two left him alone at home, to pursue their love of online video games at an internet cafe located 30 km away.

They had a daughter in 2009 and sold her the same year. Li Lin and Li Juan got  3000 Renminbi (RMB, approx. R3145), but received ten times that amount for their first child. They were then paid the same amount as the latter for their third child, also a boy, but were handed over to the authorities when Li Lin’s mother discovered what her son and his girlfriend had done. The two appear not to have any remorse over their actions though, replaying with the following after being asked if they miss their kids: “We don’t want to raise them, we just want to sell them for some money.”

Qualcomm announced this week that it has acquired certain assets from gesture recognition technology developer GestureTek. This purchase gives Qualcomm ownership of certain intellectual property assets, which have to do with gesture recognition as well as key engineering resources. GestureTek retains its other assets in continuation of its gesture-controlled public display and digital signage business.

Qualcomm stated that gesture recognition technology will now be integrated into its current as well as the next-generation Snapdragon processors. This will provide original equipment manufacturers (OEMs) with the capability to manufacturer smartphones, tablets and home entertainment devices, with user interfaces based on natural human gestures.

On the topic of chip suppliers, ARM Holdings has reported its results for Q2 and half year that ended on 30 June 2011. The UK-based semi-conductor and software company’s profits before taxes increased by approx. 14%, to £33.8 million (around R372 million), compared its profits for this time last year (£29.6 million). There has been a growth in the adoption of ARM processor technology, as 29 processor licensees signed up from across a broad range of target markets. These include nine Cortex-A series licensees, as well as 12 Cortex-M series processor licensees.

ARM also noted an increase in mobile applications, with 1.1 billion ARM processor-based chips shipped into mobile phones and tablets, and 800 million ARM processor-based chips shipped into a range of consumer and embedded digital devices. The British firm’s mobile processor designs are employed in a wide variety of smartphones, tablets and other consumer devices the likes of the Samsung Galaxy SII smartphone, Sony’s forthcoming PlayStation Vita portable gaming solution, as well as the Acer's Iconia Tab A500 tablet.

Apple vs. HTC - HTC open to licensing deal with Apple

This month Taiwanese smartphone and tablet maker HTC lost its first battle in its patent war with Apple. A US International Trade Commission (ITC) judge determined that HTC infringed upon two of the ten patents, for which Cupertino is suing the company over.

According to Bloomberg, HTC is now willing to negotiate with Apple around this patent dispute. “We have to sit down and figure it out,” Winston Yung, chief financial officer of HTC said to the pulication. “We’re open to having discussions.”

The Taiwan-based company has some cards of its own to bring to the negotiation table, as the ITC found Apple guilty of infringing on patents owned by S3 Graphics, which recently became an HTC subsidiary.
HTC already has a patent agreement with Microsoft that provides it with broad coverage under the software giant’s patent portfolio, for its mobile phones running the Android mobile platform. Under the terms of this agreement, Microsoft receives royalties from HTC. HTC reportedly pays Microsoft $5 (almost R34) per Android smartphone and if the company had to pay royalties to Apple as well, it would simply make their handsets more expensive, passing the cost of such a deal down to the consumer. 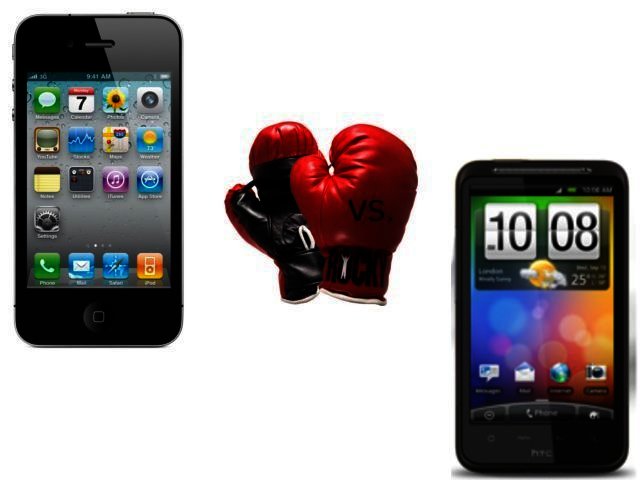