Many gamers are familiar with the annoyance of having to constantly change the batteries of their console controllers, or having to leave them plugged in to charge for extended periods. For Xbox 360 gamers this is an especially prominent concern, as the controllers doesn't come with rechargeable batteries as standard.

Now a handy solution is available in the form of the Exspect Drop 'N' Charge kit for the Xbox 360, a system similar to the recently reviewed Powermat, which can wirelessly recharge your controller’s batteries.

The charging surface itself sports a silver and white finish, and while attractive, it's not quite as sleek as the Powermat’s. The charging pad measure 13 x 15 cm and features foam feet at each corner to prevent it from sliding around. 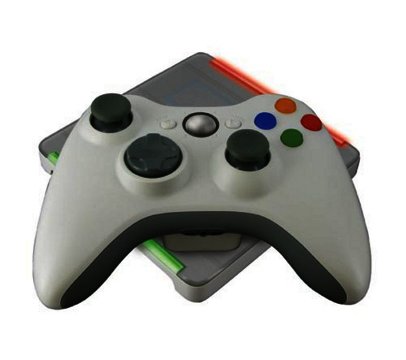 The charging surface is also split into two zones, which means you can charge two batteries simultaneously. Interestingly, the pad is also capable of charging Wii battery packs, so if you own both an Xbox 360 and Nintendo Wii, all the better.

We tested out the Exspect's charging abilities and to our delight the system worked perfectly, automatically charging the battery when it's placed on the rough surface of the charging pad. The batteries themselves are rated at 900 mAh, giving around eight hours of playtime before requiring a recharge.

Charging an empty battery to full capacity takes around four hours, which isn't the fastest time around, but the ease-of-use of the Exspect charging surface helps make up for this. Simply plop the battery pack onto the pad when you go to bed or leave the house, and return to a fully charged battery every time.