Supermassive Game’s forthcoming PS4 exclusive, Until Dawn is looking, in a word, fantastic. In a select closed door session, TechSmart had the chance to play through a decent chunk of the preview code of the game and get a sense for what the survival-horror title will offer, and suffice to say, we were mightily impressed.

The game pays homage to several survival horror tropes – a bunch of young adults heading to a secluded cabin in a snow swept mountain, a year old tragedy that haunts the place, and an unknown menace that turns the group’s gathering into a matter of life and death. 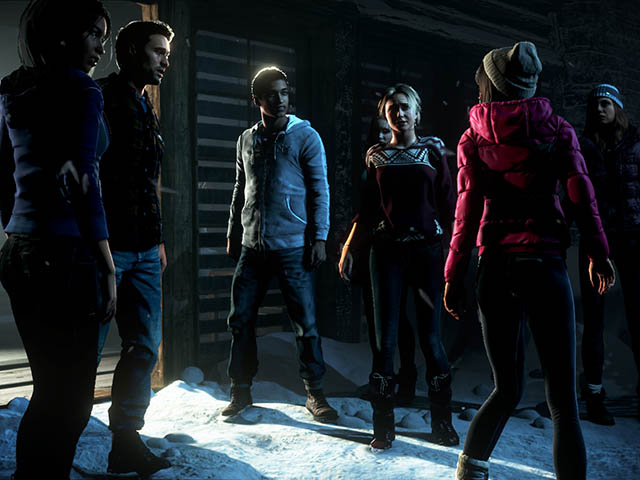 Bring on the drama

Where you have eight young adults, you are going to have a fair amount of angst, drama and posturing, and Until Dawn certainly has its fair share of this. Tempers get frayed, relationships quickly show their cracks and some characters respond exactly as you think they would given their age – with swagger and overconfidence belying their insecurities.

However, this isn’t grating or even annoying, it’s just believable. What makes it so is the superb voice acting; the kind of caliber you would expect to find in an A-list movie from well known actors. Incidentally, it has this too, with Hayden Panettiere (Heroes, Nashville) lending her voice to Sam, one of the characters.

Special mention must also go to the psychiatrist, played by Peter Stormare (Prison Break, The Big Lebowski, Arrow). Flashes to your sessions with him punctuate the game’s chapters, and Stormare does an excellent job of turning his portrayal into a creepy and unsettling presence in its own right. 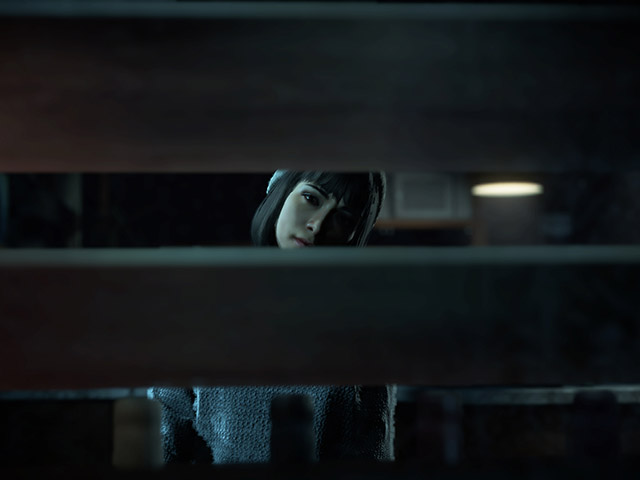 On the graphics front, the game is highly impressive. The snow is an almost ever present occurence here – whether it is seeing your footsteps leaving deep impressions in the snowy ground, moving through snow-swept winds, or glimpsing these tiny flakes of snow that occasionally permeate the cabin itself, catching the light and sparkling like stars liberated from the night sky.

The mountain and the forest seem to conspire to create a formidable, eerie presence at times, conjuring memories of The Cabin in the Woods and Alan Wake, in almost equal measure. Very quickly, you feel the eerie isolation of the place; while the subtle but expertly crafted score only adds to the game’s immersiveness.

Great graphics and production values aside, that’s not Until Dawn’s only strength. Rather, we found that in the interesting game dynamics. While most games give you one or two protagonists to step into, Until Dawn puts you in the shoes of each of them, challenging you to choose your responses to each of the friends and thus craft their character as you play.

Apparently, you can change the seemingly obvious jerk character into a potential hero, and the nice guy into someone you wouldn’t mind seeing killed. Add to this the inclusion of a butterfly effect system – where the choices you make as each of the characters will have unforeseen consequences on you, your friends, and the story, and you have a game that quickly and inexorably draws you in. 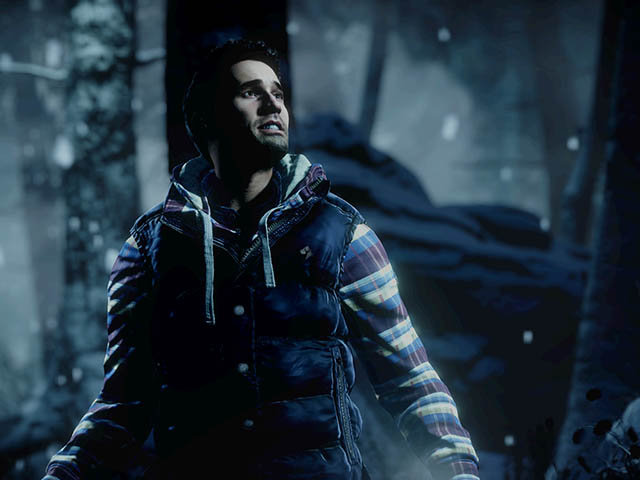 Get ready to jump

Better yet though, like good horror movies, Until Dawn seems to understand that the best horror is achieved slowly, using subtly building suspense, broken with calm and levity before suddenly emerging to shock you out of your seat. And yes, Until Dawn did make us jump out of our seat, quite literally. As if the backdrop of tragedy and the isolated setting wasn’t creepy enough, the friends have a propensity for playing pranks on one another, creating red herrings of danger.

It’s fair to call what we played of the game cinematic, but, rather than in a Beyond Souls kind of way, where you feel like you are watching a movie rather than playing a game, Until Dawn seemed to more adeptly get this balance right. You can explore pretty much to your heart’s content – and need to – in order to find clues in order to unravel the game’s mysteries. Although there are some quick time events (QTE) and prompts, these are used sparingly, and are not so unforgiving as to be infuriating. However, missing a prompt or falling at an inopportune moment can have long lasting impact, which makes these QTEs more than arbitrary.

Alas, there is another juicy game dynamic of which we cannot speak as yet; suffice to say it adds another dimension to how you play the game and, if you’re smart, can influence the decisions you make as you progress. 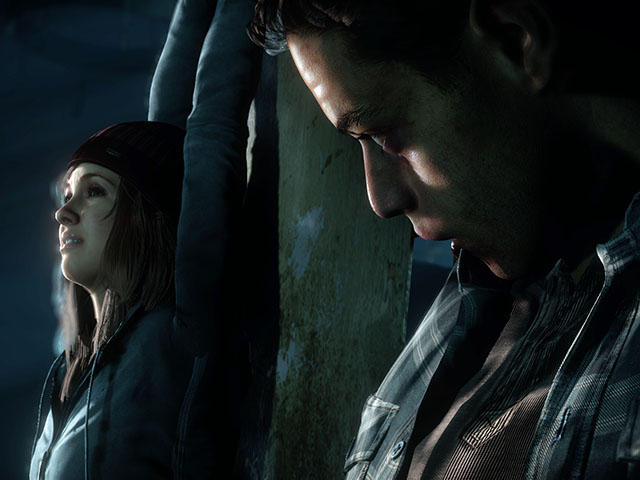 What all this adds up to is well paced suspense, a game that sunk its teeth into us from the get-go and left us longing for more. For preview code, we were pleasantly surprised by how solid our experience was – barring one bug, the rest of the game ran without a hitch.

It certainly seems like there will be a very good amount of replayability – there are a myriad of choices to make, starting with a pretty much one right from the outset. There were more than a few times that we wondered what if we did this instead of that? It seems like, unlike Life is Strange with its time reversing dynamic, players would have to start afresh to find out.  While our four hour long playthrough preview ended on a cliffhanger, it did leave us two things of which we are certain – Until Dawn is shaping up to look like a winner, and we cannot wait until the end of next month (26 August) to find out how the game’s story ends.

Based on what we played so far though, we can definitely recommend keeping a close eye on this title.

CONS
Still one bug we found that needs to be ironed out
TAGS:
Until DawnPS4gaming newsSupermassive Gamesgame previews
USER COMMENTS