A premium projector, much like a television or refrigerator, is a device that serves an investment, often lasting five to eight years before an upgrade is needed. As such, when looking to purchase one destined to take up pride of place in your home's living room, quite a few factors need to be weighed up. This especially if you're looking for an option that can multitask, while ensuring not to break the bank either.

With premium projectors sometimes going for as much as R60 000, it may be fortuitous that Acer's V7850 offering has dropped by our offices for review, carrying with it a slightly more manageable recommended price tag of R45 999. The V7850 is one of Acer's flagship projectors for the home, and features a number of noteworthy elements, with its native 4K resolution of 3840x2160 being the standout. 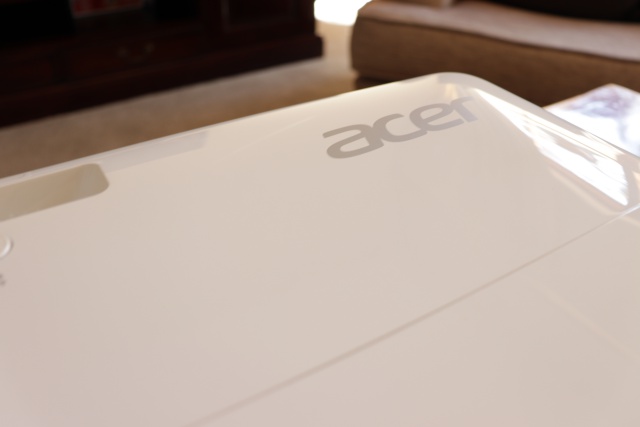 Jack of all trades

When you're laying down R46k for a projector, you need to be assured it can do a number of things. Luckily, that's not a concern on the V7850. Whether you want it as part of a small home cinema setup, or are keen to have it in play for a dedicated gaming experience, the V7850 can get the job done.

One of its substantial advantages in this regard is its wireless projection capabilities. The major upshot of this feature is the fact that users will only need to worry about the power cable needed to boot up this projector. Consequently, clutter-inducing cables are no longer a concerned. Sticking with the power for a moment, the V7850 comes with an Eco Mode which drops the operating power consumption from the usual 315 W to 260 W while in use, along with decreasing consumption by up to 80% in standby, according to Acer.

If, however, the wireless projection option isn't going to cut it for you, Acer has fitted the V7850 with a bevy of ports and slots. To that end, there are two HDMI ports, as well as an input for USB, USB Type-A, VGA In and RJ-45. Whether we connected wirelessly with our media server or slotted an HDMI cable into place for console use, the V7850 proved up to the task.

Moving onto one of the most important elements of the V7850, Acer has opted for a UHP lamp on this model. This offering produces 240 W of power and yields 4000 hours of use in normal mode, according to Acer. One can more than double that, however, if they go for the Economy Mode or ExtremeEco Mode, each resulting in 10 000 hours and 15 000 hours lamp life respectively. 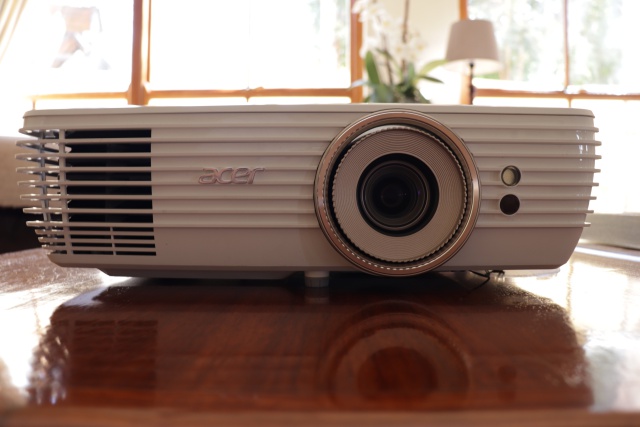 Now it's time to focus on what truly matters - the projection quality. As aforementioned, the V7850 can muster a native resolution of 3840x2160. This is technically 4K, although Acer's site for the V7850 is careful not to actually use the words 4K, instead stating that it's Ultra HD, or rather four times the detail of Full HD. Although not explicitly noted, that makes the V7850 4K in our books.

That native resolution is also the maximum resolution that the V7850 can produce, with a standard brightness of 2200 lumens. At that level, all content played via this projector looks superbly sharp, with a contrast ratio of 1.2 million:1 and support for up to 1.07 billion colours also enhancing visuals. The deepness of blacks was also impressive on the V7850, which is a nice aspect to have when using the projector in a setting that is not extremely dark.

While there are a number of displays going the 4K route, what gives this projector an added advantage is a maximum diagonal image size of 25.17 feet. Granted, there are few people out there with the real estate to house such a large projection, but it does mean the V7850 can yield larger images than its 4K TV counterparts. This is especially advantageous when it comes to gaming, and real-time strategy or first person shooter titles in particular.

Other specifications to take note of include a minimum projection distance of 51.18". As such, if space is at premium in the area you're looking to place the V7850, it will be important to take into consideration how much distance is required to throw onto the surface you want to. If the dimensions of your living room does present a hurdle, the ceiling mountability of the V7850 will come in handy, with its auto ceiling mount feature that flips the image of the projector is placed upside down a nifty tool as well. 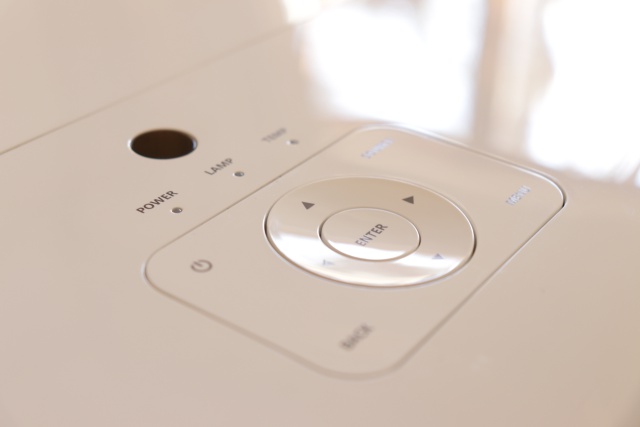 When you're making an investment in a piece of technology like a projector, it's about more than simply getting the best price possible. You need a device with longevity, versatility and ease of use. In that regard, the Acer V7850 ticks all the boxes, while ensuring that users are not laying down an overly substantial amount of cash in the process.

Yes, R45 999 is more than most consumers are looking to spend for a projector, but if you plan to use it regularly, both in a home cinema setup, as well as for gaming, opting for a offering like the V7850 makes a lot of sense. If you're willing to put this premium projector through its paces, it won't let you down. 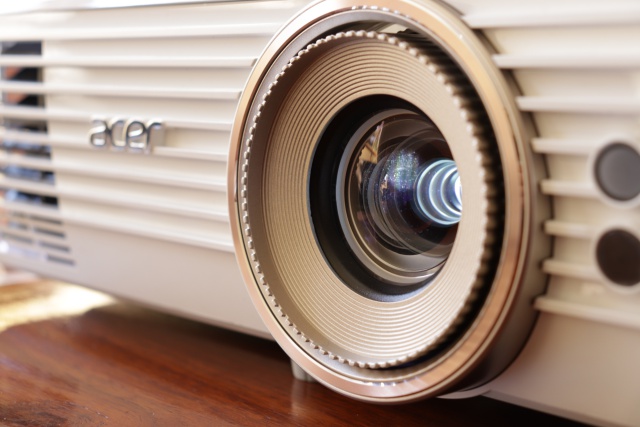