The BlackBerry Passport is a strange beast. When we first encountered it, it was quite perplexing since the unusual form factor, three-rowed qwerty keyboard and square display are not really hallmarks of traditional smartphones. The same however can be said of the large Galaxy Note when it first debuted in 2011, now it has set the benchmark as far as phablets go. Whether or not the Passport can make the same impression remains to be seen but BlackBerry's new flagship is undoubtedly a head turner. 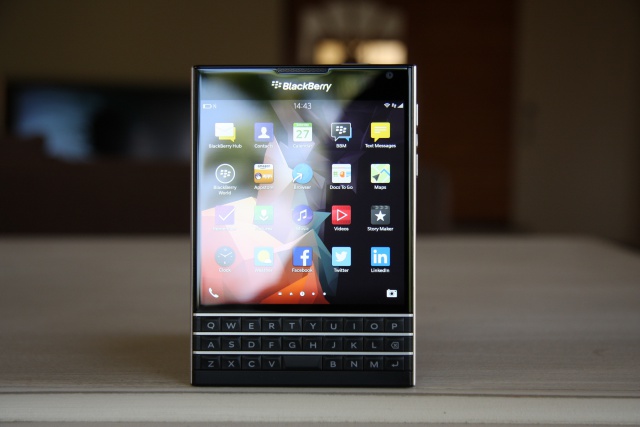 BlackBerry's shortcomings have been well documented in recent times, but the past few years have seen a number of solid performing devices making its way out of RIM, with the Z30 (review) and Z3 (review) proving worthwhile devices. Where those two devices were aimed at consumers, the Passport has been earmarked for the "mobile business user", as BlackBerry termed it at a recent product launch.

As the name would indicate, the Passport gains its name from utilising the same dimensions as an international passport. True to its word, it synced up exactly with a South African passport. Wider than a traditional smartphone, the Passport is just small enough to fit into one's jacket pocket, although pants front pocket may be a bit of a stretch.

The wider 128 mm frame means the Passport is fitted with a 1:1 aspect ratio display. This 4.5" screen (1440x1440), is bright and vivid, and touts an impressive 453 ppi pixel density, especially important when viewing detailed emails or documents. With the exception of the Galaxy Note 4 and LG G3 (review), you'd be hard pressed to find a better display on a handheld device, serving as one of the features that make the Passport a premium product. Browsing the web in particular is an area the Passport is well suited to, as the wider screen affords more real estate for website content to be viewed, with less scrolling being an added benefit.

This orientation does have one flaw, producing large black banners at the top and bottom of the screen when viewing videos or movies. This makes it less desirable for media consumption, so users who find their smartphones taking over as their primary means of content viewing should probably steer clear of the Passport. As it is wider than normal, the Passport is best catered to two-handed use. 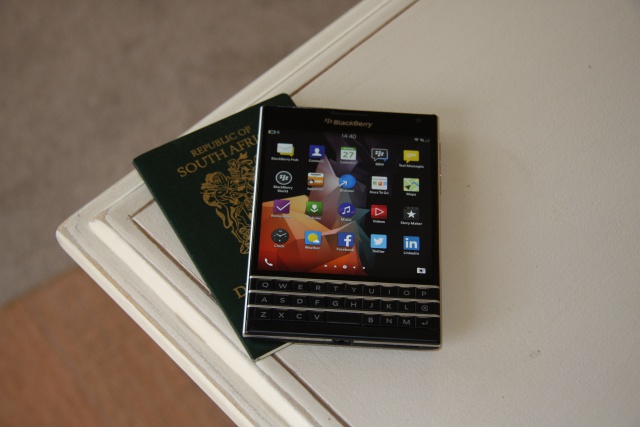 Moving onto the rest of the device, the Passport is very well constructed, with a textured back cover that has a nice tactile feel about it. The top part of this back cover is also removable, giving users access to the nano-SIM and microSD slots, the latter serving up enough space for up to 128 GB of internal storage.

Glancing further down to the Qwerty keyboard, one becomes nostalgic of the feature phone days when the typing experience was far more tactile. Typing on the Passport itself does take some time to get used to, with a combination of Qwerty and touchscreen typing used to get the job done. The keys are crammed a little too close together for our liking, while the space bar in particular is a little oddly placed, Whether or not this method of typing is faster than the SwiftKey application for example is up for debate, but BlackBerry insist that the Passport's Qwerty typing experience is far more efficient than the full touch screen alternative.

The Qwerty keyboard also has a few tricks up its sleeve (or is it its spacebar?), as BlackBerry has integrated a high degree of touch sensitivity into it for several applications. The primary of which is it being used to swipe up on one of three different predicted words while typing, in an effort to further speed up the typing process. It can also be used to scroll through web pages when held horizontally. 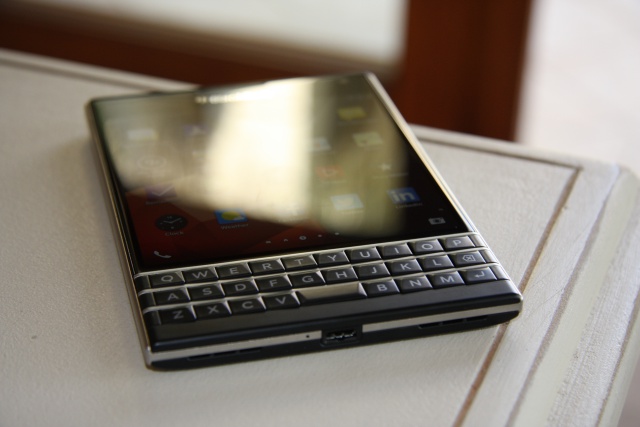 Luckily the Passport is a bit of a processing powerhouse, with BlackBerry incorporating a 2.26 GHZ quad-core Qualcomm Snapdragon 801 chipset internally, added to which is 3 GB of RAM. As a result the Passport is fast and responsive, switching between applications relatively quickly and doing a solid job of showcasing BlackBerry's 10.3 OS. The icon design is a little flatter, keeping up with the times from stylistic perspective, although we still found having to swipe upwards from the bottom of the screen in order to exit an application a little unintuitive.

On the app front, BlackBerry has been hard at work, or rather they've contracted Amazon to do all the hard work for them. With the vast majority of Android compatible apps contained within the Amazon app store, now present on the Passport. This is a pretty savvy move, as BlackBerry World has always had a good range of strong business apps, but nothing nearing the numbers available to Android or iOS users.

One of the other business-focused applications introduced for the Passport is BlackBerry Blend, a system designed to let users remain as productive as possible while working from a desktop or tablet. This works quite well with the Passport, as Blend syncs up to the device, allowing messages, notifications and calendar events to be sent directly to one's desktop. Added to this, is the ability to action items straight from there, with no need whatsoever to actually touch the device. Still in the initial stages of rollout, this is an application that we could see other companies mirroring in the not too distant future. 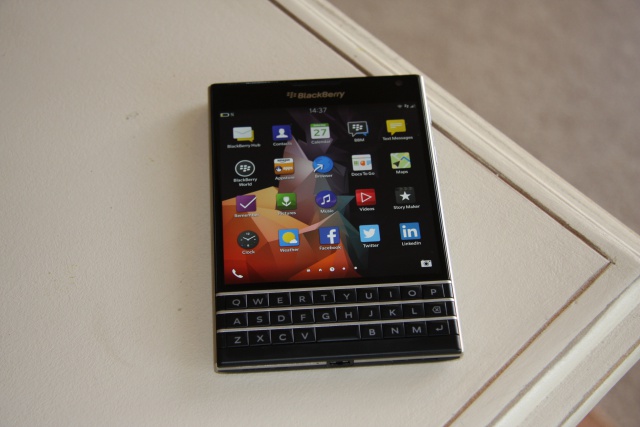 For any business-orientated user, the fear of a flat battery is always a concern. To that end BlackBerry has opted for a 3450 mAh battery on the Passport, and we received a solid two days worth of battery life even under heavy use.

Also thrown in is a 13 MP camera on the rear which captures bright images with plenty of detail. The only concern is the lack of quick focus, with the camera needing a moment or two more than ideal, to capture an image. In the greater scheme of things, it's not a dealbreaker, again given the fact that the Passport is not pinning its hopes on being a media heavy device. Shifting to the front facing option, in this case a 2 MP version that gets the job done, although given its business focus, we doubt many duck-faced selfies will be posed for it. 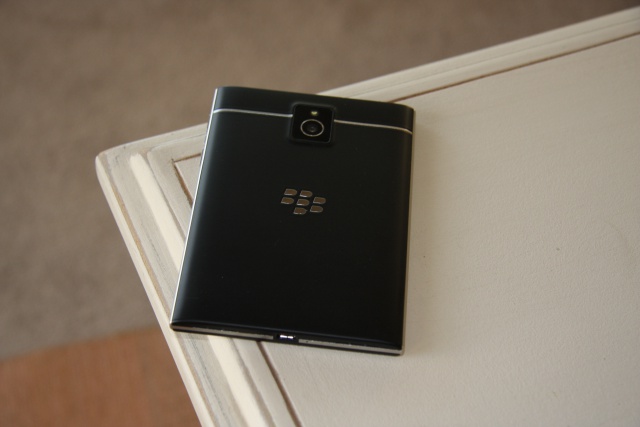 When you add to the mix its sizeable 3450 mAh battery that delivers a solid two days, and a strong business-focused layout and application, the Passport is perfectly geared for those who demand high levels of productivity and less worried about who to follow on Instagram.

Having only made its local debut a few days ago (21 October 2014), there is no official pricing listed for the Passport, as BlackBerry is still negotiating with service providers on hitting the ideal price point. Given the fact that it retails for an estimated $500 on the American Amazon store, we believe that the Passport will most likely ring in at the R11 000 mark when it hits local stores in early November this year. If the right price point can be met, the Passport could soon become the executive's favourite new business tool.