Given the scourge of ransomware that has gained prominence this year, having multiple backup copies of one’s data on external hard drives has become even more important than before.

It is against this context that the newest announcement from Adata Technologies has particular relevance to individuals as well as small and medium-sized businesses. The company, which manufactures DRAM modules, NAND Flash products, and mobile accessories, has launched two new external hard drives. The first of these is the HD710 Pro durable external hard drive. The biggest problem with external hard drives, particularly if they are regularly transported from one location to another, or travelled extensively with, is their vulnerability to being dropped (and thus damaged) as well as to environmental factors.

The good news is that the HD710 Pro appears to be firmly targeted at addressing this concern, improving on its HD710 predecessor by boasting military-grade shock resistance as well as exceeding IP68 dust and water proofing standards.

According to Adata, the hard drive “enhances the safeguarding of stored data against accidents, damage, and the rigors of active lifestyles,” and is apparently able to withstand shocks and impacts associated with drops from up to 1.5 metres.

More technically, the HD710 Pro uses a custom triple-layered protective build and implements G-Shock sensor technology that stops and restarts drive activity when shocks or vibrations are detected to prevent data corruption. The drive features an USB port cover and wraparound groove for storing its USB cable. Red, yellow, and blue variants are available in 1TB/2TB, while the black version goes up to 3TB/4TB. 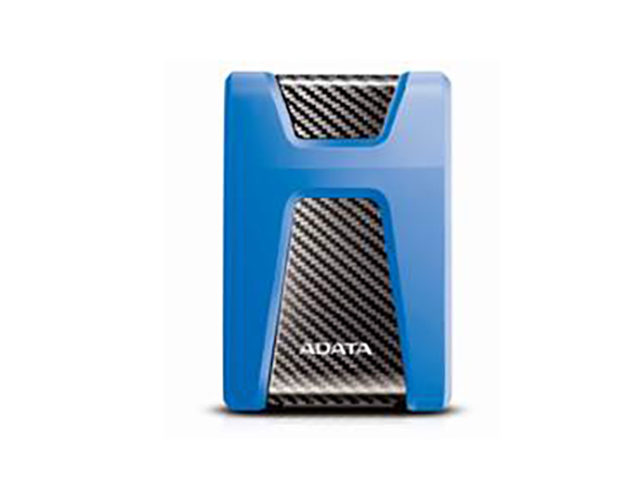 New life to an old familiar

The second new drive that has been announced is a refreshed HD650, which comes in four colours and more significantly, accommodates up to 4 TB of data. This is double the largest capacity of its predecessor, which Adata asserts is “a new milestone for unpowered USB external hard drives.” Both drives are USB 3.1 compatible, for fast transfer speeds.

The new hard drives are slated for local availability by August and the RRP prices across the various capacities are as follows: