After a jam-packed 65th International Frankfurt Motor Show, the next stop on the global motoring show calendar is South African’s own back yard in Johannesburg. Hot on the heels of Frankfurt is the 2013 Johannesburg International Motor Show which takes place from 18 to 27 October at the Nasrec Expo Centre.

This year’s show looks set to showcase some of the most exciting current as well as future models that include Ford Motor Company SA’s Evos Concept. The Evos showcases a fastback style of car design, in which the roofline of the vehicle continuously slopes down towards the rear of the car. It comes complete with gullwing doors, and boasts enough space for four adult occupants inside a cabin that is “surrounded by allergy free materials”.

A couple new attractions from Peugeot

French automaker Peugeot will be debuting its exciting new 2008 crossover as well as the RC-Z R sports coupe, which is the most powerful production Peugeot ever. It churns out 199 kW courtesy of its supercharged powerplant, substantially more than the 147 kW on tap in the RCZ Sports Coupé.

Peugeot stated that the 2008 will take its 208 range to a whole new automotive level, by offering a genuine lifestyle option in the company’s popular compact hatchback segment.

For the 2013 Johannesburg International Motor Show, Kia will be the debuting its new Cerato hatch, which sports similar styling to the sedan version launched earlier this year.The other star of the Kia stand will be the Cerato Koup, a new two-door iteration packing sports coupe styling courtesy of the pen of the head of Kia design, Peter Schreyer.

Beneath the bonnet of the Cerato Koup resides a new 1.6-litre GDI (Gasoline Direct Injection)  turbocharged four-cylinder engine. This powerplant delivers 152 kW at 6000 RPM and 264 Nm of torque between 1750 and 4500 RPM, which should be enough to see it capture the affections of more than a few prospective hot hatch buyers.

AMG stands for all-must-go (to the show)

Mercedes-Benz South Africa will be showcasing more than 20 models including the new SLS AMG Black Series. This SLS sports a 6.3-litre V8 engine that generates 464 kW and 635 Nm of torque. This helps the Stuttgart Stallion gallop to 100 km/h in 3.6 seconds, onto a terminal of 315 km/h.

Another one of the other major debut for Mercedes at this years show includes the company’s newest luxury and technological tour de force - the brand new S-Class. The car will only be available for purchase locally during February 2014, so this will be South Africans’ first chance to see the stunning new model and smell the leather from inside the luxurious cabin.

Treehuggers and eco-warriors will be happy to know that Nissan’s all-electric Leaf will be one of the main attractions at the show.

The car is due to go on sale locally in South Africa imminently and has been on trial with Eskom, the Department of Environmental Affairs as well as the Technology Innovation Agency since May of this year. This vehicle is the biggest selling electric car in the world and will be South Africa’s first official all electric vehicle to go to market. 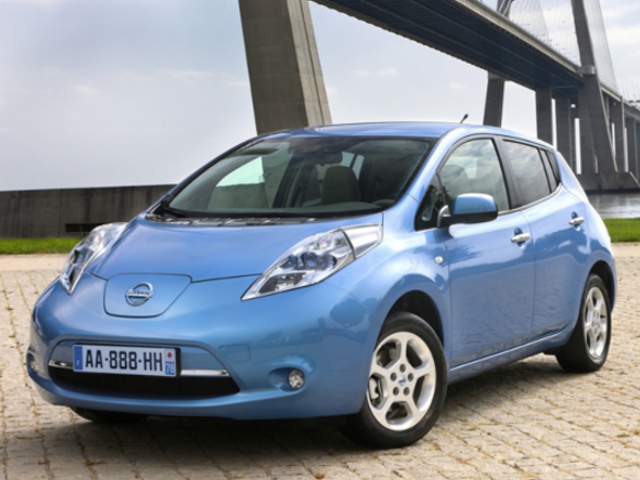 Petrolheads, car fans and lovers of all things automotive who want to catch these and many more vehicles in action or on show at the Johannesburg International Motor Show during October, should book their tickets at Computicket.

In other motoring related news, catch up on the newest car news in our latest car news round-up here.