Acer recently held its Next@Acer event in New York, showcasing a number of consumer and gaming focused devices the Taiwanese manufacturer has scheduled for release during 2017. As such, we saw we svelte Swift notebooks see the light of day, an enticing Aspire AIO PC, more Predator offerings and a glimpse at a new mixed reality headset.

Now the question is when these devices will land locally. Luckily we were on hand as Acer South Africa detailed the products that would be hitting our shores in coming weeks and months, with a number of worthy standouts.

Acer South Africa kicked off their presentation with the Aspire U27, a new (All-In-One) AIO PC that the company is trying to position as a possible Apple iMac alternative. They also believe it's perfect for families, delivering on the work and entertainment fronts.

While we need to try it out to vouch for Acer's claims, it certainly looks the part, featuring a 12 mm thin unibody design and diamond cut metal stand with leather strap for binding cables. Other features include a 178-degree viewing angle of the 1080p 27" screen, a fan-less liquid cooling system called LiquidLoop and up to 867 Mbps downloads, but we may not be able to experience that kind of speed in SA.

Makro is set to exclusively sell the Aspire U27 range at launch, which is sometime in July. The range will start at around R19 999 for the Intel i5 (Skylake) version.

Shifting to notebooks, Acer introduced two additions to its ultrathin Swift series. Although not as slim as the Swift 7, they do feature aluminium designs which feel quite premium, despite them being the entry-level and mid-range offerings in the Swift lineup.

The smaller Swift 1 is slated for arrival in July, and should retail for a decent R6 999 if you're looking at the lesser specced model. The larger, and a tad bulkier if we're honest, Swift 3 is hitting stores in the next few weeks, and is suggested to cost roughly R13 999.

On the gaming front, Acer has continued its efforts with the Predator range, debuting two notebooks in the form of the Triton 700 and Helios 300. The latter is Acer's entry-level offering in the Predator range for now, commanding a recommended R24 999 price tag. The Helios 300 is not Acer's most hardcore specced Predator notebook, and will hopefully appeal to users that are flirting with the idea of gaming and have some spare cash to splash. 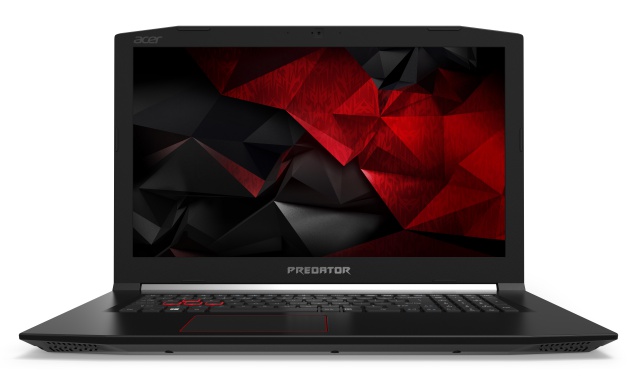 Moving onto the Triton 700, which is a bit of a oxymoron, as it's a slim gaming notebook. It's as well specced as Acer's Predator 15 device, but features an interesting design as the trackpad is placed above the keyboard as opposed to underneath it.

According to Acer, this is something that its consumers have asked for, as it should provide a less impeded gaming experience, with the trackpad not getting in the way when not in use. Whether future Predator notebooks take the same approach remains to be seen. This device is going to land locally in late Q3 or early Q4 with no precise date known at this stage. Acer does say that the Triton 700 should sell for around R39 900.

Lastly, Acer's efforts in less well known areas, specifically Virtual Reality (VR) and Mixed Reality (MR). The latter was teased to us via a headset that works quite similarly to the Microsoft Hololens. Having recently partnered with StarVR to develop IMAX specific content, we could see MR headsets land locally that tout a similar service. All this is hush, hush for now, as Acer is still looking for developers to help bring its Augmented and Mixed reality dreams to fruition.

These devices are only a handful of what Acer aims to release in South Africa, so watch this space, as a swathe of Acer-branded tech will be heading our way.