Not only is FIFA is in some pretty hot water of late, but the current Women's World Cup taking place in Canada is also generating a fair bit of controversy. This is because the female football players are being forced to play on artificial surfaces, something that has never happened before at a FIFA showpiece event. Aiming to offer up some parity however is Adidas, as the company has just debuted the official match ball for the tournament's final, plus two exclusive versions of its ACE15 and X15 football boots.

First the match ball, or the Conext15 as it is better known, which is said to feature some of the same "groundbreaking" technologies as the Brazuca match ball from the 2014 World Cup does. According to Adidas, the Conext15 went through a two and a half year long testing process, incorporating the feedback from over 600 of the world's top female football players. As far as styling goes, it features a similar contoured pattern to the the Brazuca, with a red and gold colour scheme integrated throughout. 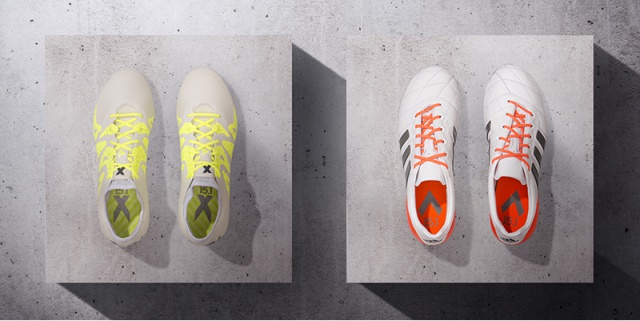 Now for the footwear, both of which hinge off the design of the ACE15 and X15 men's football boots Adidas debuted early last week. The ACE15, just like its male counterpart is designed for footballers that like to dictate play from deeper lying positions. One change however, is the use of leather, as opposed to the synthetic upper that Adidas utilised for the male version. Conversely, the X15 is created for playmaking footballers that do most of their work in the final third of the pitch. Unlike the ACE15, the X15 features no difference compared to its male counterpart, and incorporates the same X-Cage upper and X-Claw stud system for improved feel and grip respectively. Click on the video below, to see Adidas talk you through the new boot's design.