Bigger battery on the cards for HTC's One X10

It has been a rather quiet few months for HTC on the mobile front. At the beginning of the year, they teased a new device called the HTC One X10, but since then not much has been forthcoming from the Taiwanese manufacturer. That changed yesterday though, as a leaked poster from you guessed it, @evleaks, surfaced.

Pasted below, it features the slogan, "big style meets bigger battery." As such, many have made the conclusion that the battery life will be one of the main selling points for the One X10 when it makes its official debut.

Unfortunately no precise numbers are known for the capacity of the battery, or indeed when the device will reach market. What is being rumoured though, is a 1080p resolution from the 5.5" display, as well as 3 GB of RAM and a Helio P10 chipset. There'll also be a fingerprint reader on the back, evidenced by the poster and a design reminiscent of the HTC One M9. 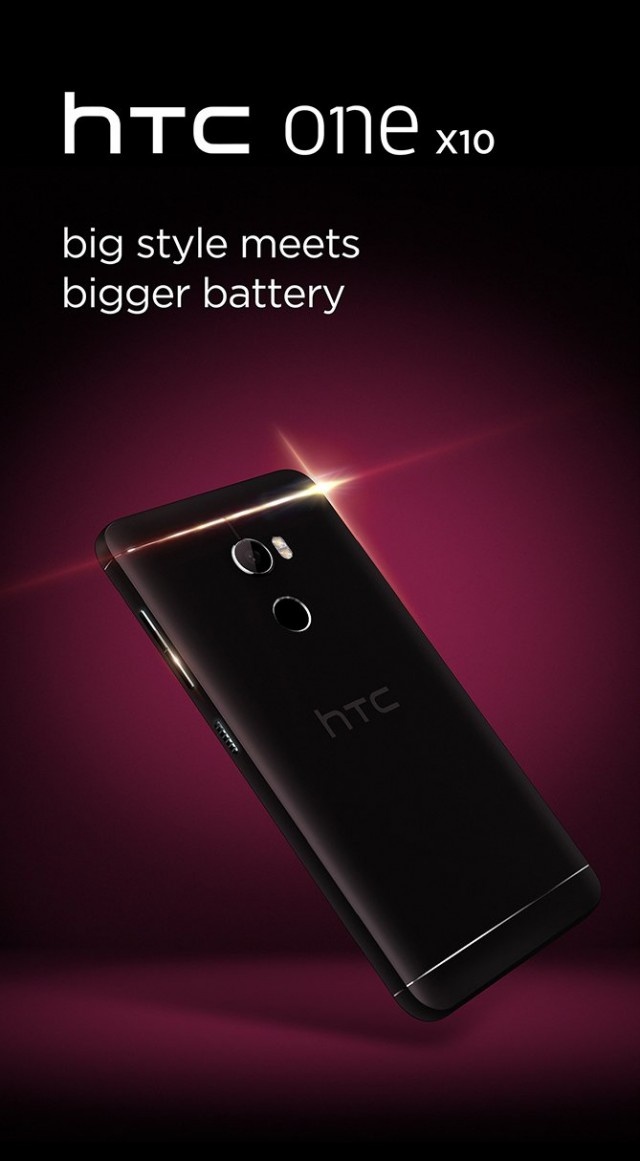