Video cameras may not be as prolific today as they were some years ago, but there are many industries where a smartphone simply doesn’t come close to cutting it. For broadcasting, filmmaking and documentary needs, for example, handheld video cameras come into their own. Thus, Canon has announced two new X-series cameras joining the team, in the form of the XA35 and XA30.

The video cameras, which are geared towards both professional and enthusiast users, wave good bye to the bulk and heavy weight associated with pro cameras of yesteryear, as they are compact and lightweight.

Additionally, both cameras boast a newly developed 1/2.84-type 2.91 Megapixel HD CMOS Pro sensor which provides higher sensitivity and improved low-light performance. The  cameras also include new Wide Dynamic Range (DR) and Highlight Priority settings, making them suitable for shooting everything from news and documentaries to weddings and corporate films according to Canon. 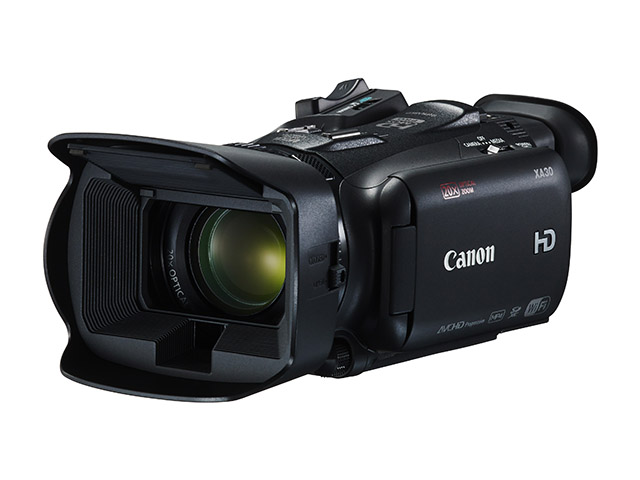 No light? No problem

Furthermore, Canon has reassured that the sensor has enhanced sensitivity with improved signal-to-noise ratio. As a result, users can anticipate images that are crisp and clear, even in low-light environments. This is further enhanced by improved infrared performance, ideal for users capturing nocturnal wildlife or night-time documentaries.

The XA35 and XA30 feature two new settings - Wide DR and Highlight Priority. According to Canon, in Wide DR mode, the cameras are able to achieve 600% dynamic range, resulting in bright images with high contrast that retain detail in both highlight and shadow areas, without the need for post-production. This means that when using the Highlight Priority setting, users are able to produce footage with more natural tones and richer colours, particularly in areas of high brightness. This is ideal for scenes with bright skies and reflective surfaces.

Both models also feature slow and fast recording modes, supporting a range of shooting scenarios with interval recording options up to a maximum of 1200x normal speed.

The good news for those with some legacy equipment, is that the XA35 sports an HD/SD-SDI terminal, enabling it to integrate with existing equipment for onward transfer or transmission and includes embedded audio and timecode signals.

This, Canon asserts, makes it the compact video camera for live TV and news gathering environments, allowing users to complement footage from other broadcast cameras on-set, as it provides users with the ability to export uncompressed high resolution digital video in real time.

Adding to this is the fact that both the XA35 and the XA30 support high quality AVCHD (up to 28Mbps) and MP4 (up to 35Mbps) file formats. Considering that video files tend to be large, it’s encouraging that the new cameras can claim to accommodate this with dual SD card slots. 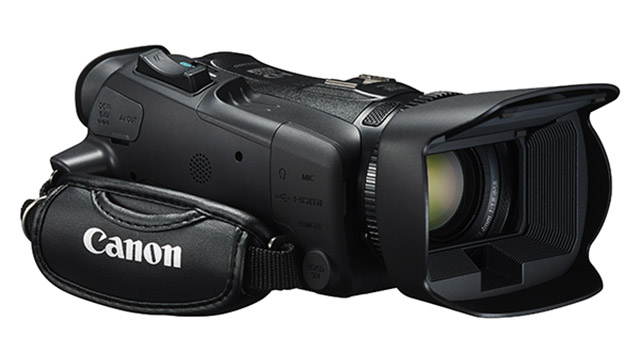 Furthermore and finally, the cameras round up what seems to already be an impressive feature set with one more common offering: dual-band Wi-Fi. This allows videographers to remotely control the camera, and take advantage of wireless file transfer/upload and browser preview, with the use of a smartphone, tablet or computer. The cameras are also compatible with Canon’s GP-E2 GPS receiver, meaning GPS data can be embedded in the metadata of video footage.

While the feature set on the cameras is certainly impressive, we don’t yet know how much one of these babies will set you back (we have reached out to Canon SA and will update as that information becomes available). In the meantime, you can expect to see them on local shores early February next year.