New Google+ introduced with focus on Communities and Collections

While it has a loyal user base, Google+ does not have the kind of active numbers of say Facebook, Twitter or Tumblr. As such, Google has been trying out a few new tools in recent months for their social media platform, like Collections, for example. Now the company has given Google+ a redesign, which greeted users this morning. 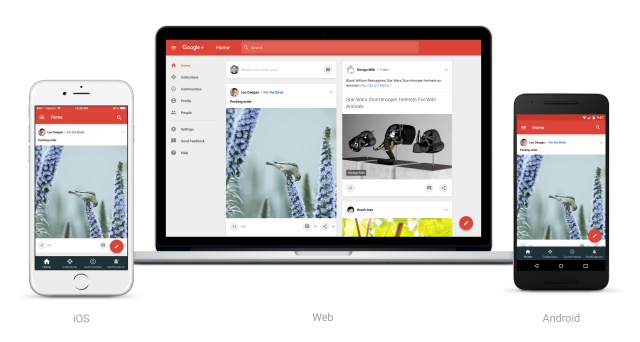 Two specific features form the focus of the new-look Google+. The aforementioned Collections is one, which allows users to create picture boards akin to Pinterest. While Collections is more of a visual medium, the other key focus, Communities, aims to create engagement and discussions around shared interests or topics. Communities is also one of Google+'s highest growing areas, with a reported 1.2 million new users joining each day, says Google.

Google adds the redesigned Google+ is far simpler to use on desktops, as well as being rebuilt Google+ across other platforms like iOS and Android for mobile. This new version of Google+ will be opt-in for users first off, whether this interest-focused version of the service yields more users, remains to be seen.