This April one of DC's most storied couples is tying the knot. Yes, Bruce Wayne and Selina Kyle are getting married in Batman #44 next month, as part of an arc in the comics called Something Blue. Handling the big day are Tom King on writing duties and Joëlle Jones taking care of the illustrations.

In order to build up a bit of interest in the wedding, as well as a few ideas for people's own nuptials, DC has released an image of both Kyle and Wayne in their outfits for the wedding. In an interesting contrast, the pictures show each DC character staring in the mirror, as their alter egos are reflected back at them.

Whether or not the actual ceremony will happen is unclear, but given that DC has released some images early, it's highly likely that one of the rogue's gallery will crash the big day.

As for who will do the deed, this remains to be seen. Given the Joker is Batman's nemesis, we could easily see the Crown Prince of Crime enter the fray when the minister asks the congregation if anyone objects to the union.

We'll have to wait an see if our prediction comes true on 4 April. 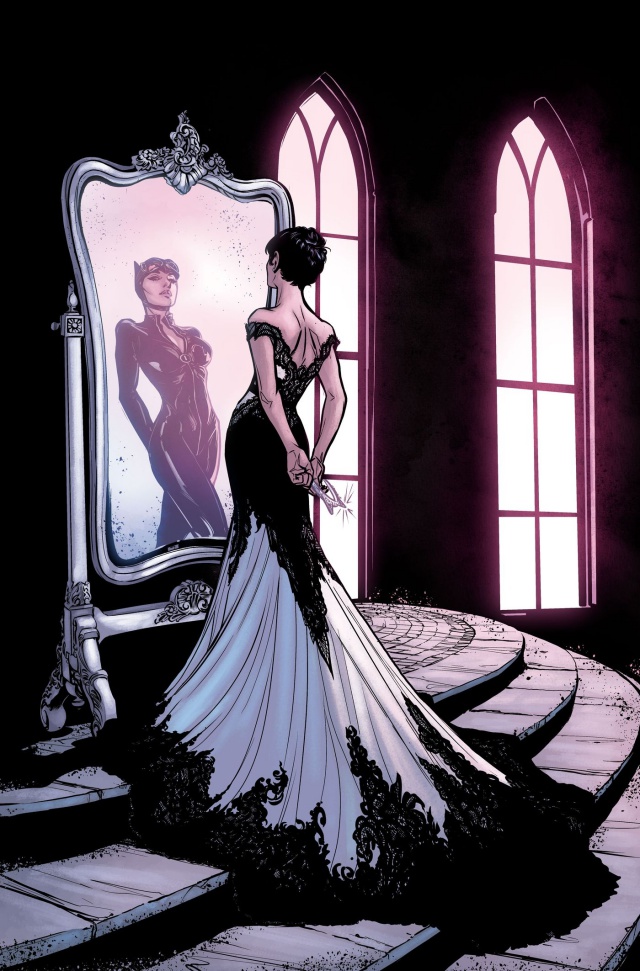