After lifting the lid on the Datsun Go in July, Nissan has now revealed another addition to its sub-brand Datsun lineup: the Go+.

The Japanese carmaker describes the Go+ as a 5+2 MPV (multi-purpose vehicle) for big families. According to the company, this latest addition to the forthcoming Datsun range will make a more practical, seven seater vehicle choice available to car buyers who are looking for an affordable car offering lots of interior space.

Powering the Datsun Go+ is a 1.2 litre engine that is mated to a five speed manual transmission, both of which have been tuned for fuel efficiency as well as good acceleration according to Nissan.

Like the Go, the Go+ will be offered with Datsun Mobile Docking Station for in-car connectivity with smartphones. 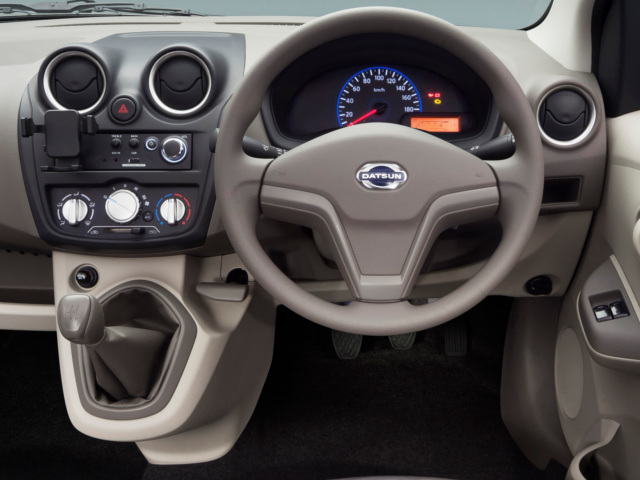 For a budget MPV, things really are not too shabby in the cabin of the Go+ despite the bland colour scheme.

When it goes on sale in Indonesia next year along with the Go, the Go+ will be priced below 100 million Indonesian rupiah, the equivalent of around R85 000. No local release details for the Go+ are available yet, but the Go hatchback is expected to become locally available during the second half of 2014 for less than R100 000.