This year’s Dell Technologies World was all about demonstrable change – starting with the event itself. Previously billed as Dell EMC World, the conference, held in Las Vegas, Nevada, the conference now focuses on the full spread of the company’s offerings.

The theme for the expo – Make it Real – was also chosen to reflect a particular customer concern. She elaborated that all the emerging technology, such as AI, blockchain, machine learning, IoT, are causing a great deal of disruption, with every industry being affected in one way or another. “Companies want to accelerate their transformation so they don’t get left behind,” she stressed.

And yet, being left behind is a real possibility. Low noted that from Del Technologies’ latest research, nearly 60% of companies surveyed reported they were struggling to keep up, with lack of digital foresight, lack of skills, and lack of digital management emerging as major concerns. Thus, the idea of making digital transformation a reality is what this year’s event was focused on. 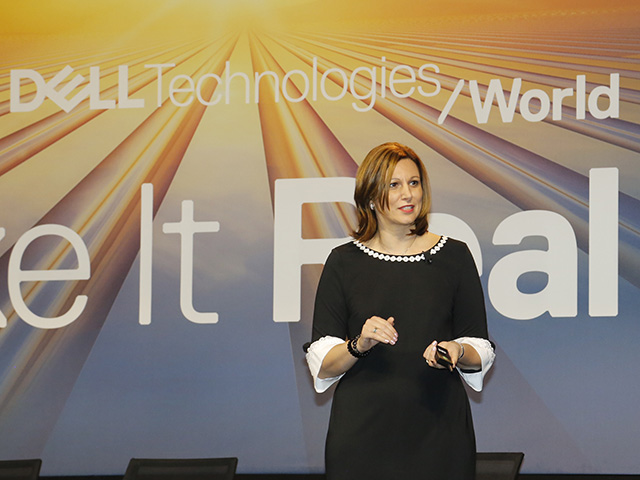 The company, which has used technology to transform agriculture, is doing so not just to increase profits, but to address the very real concerns around feeding a growing population while addressing water usage, wastage and pollution. To this end, it has created one of the largest vertical farms, growing food without using soil, and using 95% less water than conventional farming. And, by using the solutions offered by Dell Technologies, its yield is up to a whopping 390 times greater than it would otherwise have been.

If nothing else, the example rammed home the point that digital transformation is not a whimsical endeavor, but a practical way of addressing real world concerns.

Michael Dell, chairman and CEO, Dell Technologies promised that the event would showcase a variety of ways its customers where using technology to change the world for the better, whether through a reimagined process or a reimagined industry. “We talk often about technology solving our greatest challenges, and we’re making greater progress more quickly than ever before,” he enthused.

Furthermore Dell elaborated in his keynote address that embracing digital transformation is pivotal to a new way of succeeding.

“Success moving forward looks very different from success in the past. To be competitive in the future, you have to use software, data and AI and the Internet of Things and you have to do so at record speed and scale,” he asserted. 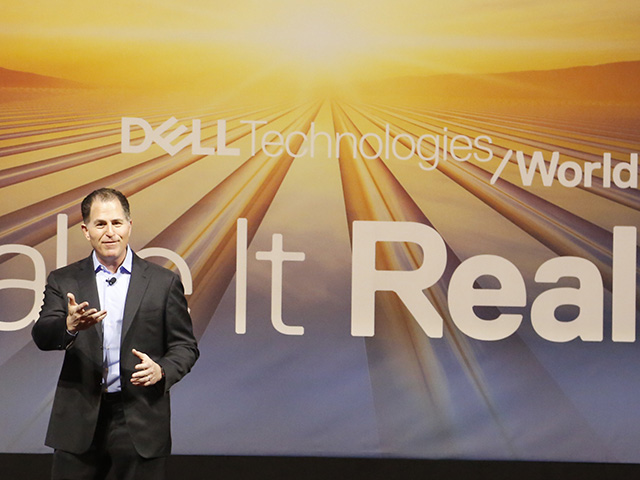 He continued that this all begins with a company's data, which helps make its product or service better. This allows the company to attract more customers, which then results in more data, which can be leveraged to improve their offerings, creating an ongoing cycle.

Even as companies may find the prospect of having to store, and deal with more data than ever before daunting, the good news is that they have assistance, from artificial intelligence (AI), machine learning and neural networks. Furthermore, with 5G networks around the corner, companies can look forward to being able to move their data at exponentially faster speeds.

However, this acceleration is not without good reason. “The faster you can leverage data, the more progress you can make. The bottom line: if AI is your rocket ship, data is the fuel. And if you know how to use it, with learning and inferance, your data will become your most valuable asset, even more valuable than your applications,” Dell enthused.

He continued that the “great news about data” is that companies are going to end up with tons of it through the Internet of Things. “By 2020, a typical city will generate about 200  petabytes of new data every single day. About 99% of that data will come not from people, but from things. Everything that has electrons pulsing through it is becoming intelligent, from the smart buildings and factories to the public safety systems to vehicles,” he continued.

All this potential is not without its shadow side. Dell noted that as the IoT explodes, so does the attack surface and the security risks increase. To this end, the company's  focus was on how to secure this new, connected world.

He pointed out that security is both one of the biggest roadblocks and largest accelerators of transformation. He reassured that with this in mind, Dell Technologies has engineered security into every one of its products and services, as well as into its devices, infrastructure, and networks.

You ain’t seen nothing yet

Despite the real concerns around security, however, this does not put a damper on the potential of digital transformation. Dell was quick to add that, while the last 34 years have "been amazing" in the evolution of technology and its positive impact on the world, he believes this is nothing compared to what lies ahead. “As fast as things are moving, this is the slowest time it will ever be relative to the future,” he asserted. Moreover, he noted that even as the world is divided between the doomsdayers with visions of AI exterminating mankind and some kind of global apocalypse, and the optimists who are driving technology forward to a better future, Dell Technologies is in the latter camp.

Indeed, apparently the majority of the 14 000 attendees were likely optimists as well, as the excitement about the future in general and about what embracing digital transformation could mean for companies and society at large was palpable over the course of the three day event.