Evolve unveils a bevy of new content and January beta

Just like the Goliath, which lurks in the shadows before unleashing a world of hurt on any unsuspecting hunters, so has Evolve laid dormant of late… until now. Developers 2K Games and Turtle Rock have been very busy this week, detailing a host of new features, characters and modes slated to appear in the fast-paced FPS title when it launches on 10 February 2014.

First up is news regarding an Evolve beta, set to open in mid-January, serving as the perfect way for gamers to start 2015 with a bang and keep those New Year's resolutions at bay. Being a cross platform release, with next-gen consoles and PCs each vying for gaming attention, the Beta will be available during different dates so read closely. 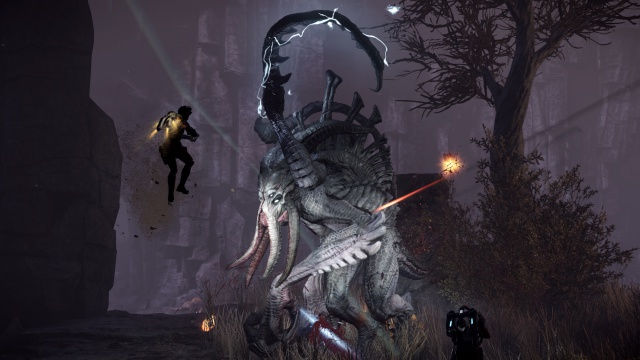 Xbox One gamers with Gold subscriptions will be first to taste the monster hunting bounty on 15 January, giving players access to both monsters and the first eight hunters detailed by Turtle Rock. The first two days of the beta will be dedicated to the Hunt mode, with the newly unveiled Evacuation mode being showcased up until the 19th when the beta closes.

Should you be touting a PS4 or PC, the beta will only become available on the 16th. Turtle Rock has also stated that PC gamers will only be given access to a "technical test" as they term it, although the finer details of what that entails is yet to be disclosed. There's also some sad news for PS4 and PC users interested in trying the new Evacuation mode, as access will not be granted. 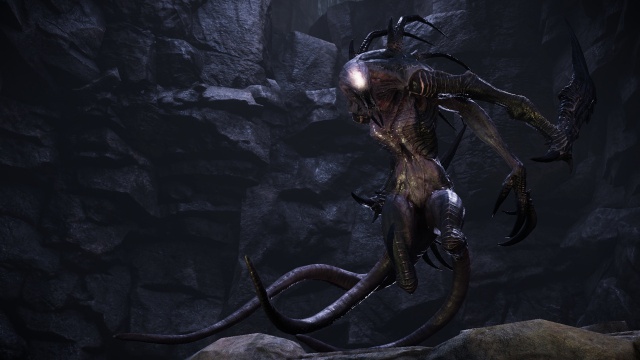 Speaking of this highly coveted Evacuation mode, it will see gamers choose their faction - hunter or monster. From there, gamers will take part in five matches across five different maps, with victory or defeat in each ultimately determining whether gamers are evacuated from the Alien planet once the dust settles after all that carnage. For a better look at this new mode, check out the clip below.

Along with all these new details, Turtle still found time to release a video featuring a brand new monster to try and take down, named Wraith. Its name is pretty apt, as the Wraith can can cloak itself to become invisible, as well as create decoys that can deal damage to hunters. To see this menacing monster up close and personal, view the video down below.

Owners of Gran Turismo 6 (review) take note, a new update for Polyphony Digital's driving simulator has just arrived, bringing with it some in-game enhancements and a slew of beautiful concept cars to get behind the wheel (or is that controller) of. Semantics aside, this new update (1.15) is fairly significant and should prove worthy of getting, giving wannabe speed racers some new automotive swag to see them through the festive season.

As far as in-game improvements go, gamers’ garage car list will now be saved when updated. Furthermore a few minor car graphic issues have also be resolved, helping to ensure that gamers’ vehicles look up to snuff. 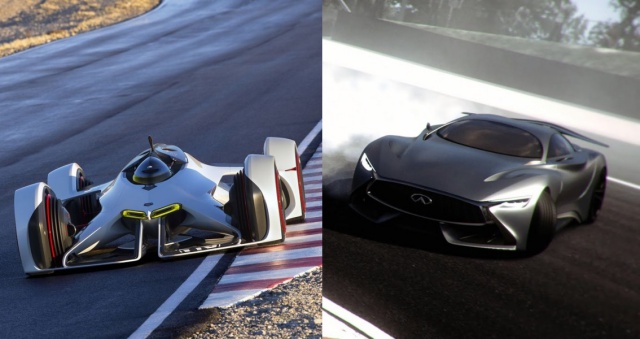 These updates are all well and good, but we're more interested in the new eye-candy in the game, chief among which is the Chevrolet Chaparral 2X and Infiniti CONCEPT, both of which will be added to GT 6's Vision Gran Turismo stable of concept cars. Once gamers install this new update, both cars will be available for purchase and ready for a spin around the world's top racetracks. See both concept cars in action in the videos below.

Apparently after hearing Oliver Twist’s famous words, “Please, sir, I want some more,” Warner Bros has answered with a resounding yes, bringing more warchiefs to the Shadow of Mordor in the new DLC, Lord of the Hunt.

These warchiefs though, called Beastmasters, are apparently smarter than your average Orc. No, not ‘let’s debate string theory and the veracity of temporal anomalies’ smart, more ‘we can ride beasts even uglier than us’ smart. 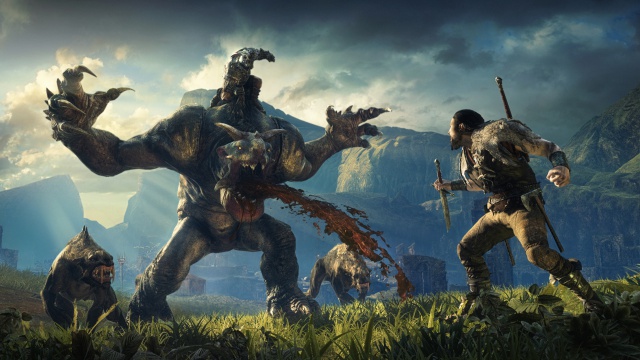 The story expansion pack sees Sauron dispatching his beastmaster warchiefs to exterminate the monsters of Mordor; in response Talion will be able to join forces with Torvin the Dwarven Hunter to turn these new beasts against the warchiefs.

Along with new epic runes, new skins and new challenges, players will also be able to ride into battle on the Wretched Graug and vomit toxin at their enemies (yes, really). For those who prefer a more stealthy approach (because, believe it or not, puking on your enemies isn’t generally considered the most inconspicuous means of attacking them), you will also be able to stalk enemies on the predatory Caragath and attack from the shadows, as well as raise a Ghul Horde.

Ride on to the trailer below to see if this catches your fancy.

DmC: Devil may Cry being remastered for the PS4

We’ll admit – when it was announced last week that Ninja Theory was working on a new project, our hearts skipped a beat, particularly as several of its games have a fond place in our gaming library. Indeed, the studio does has two games up its sleeve – before you get too excited though, both are remastered versions of existing games, rather than entirely new entries.

The first piece of news might be most exciting to those who missed last year’s DmC: Devil may Cry (review) spectacular hack and slash action on the PS3. If so, then this March will offer a second chance to enjoy what we considered a fantastic and fun title. 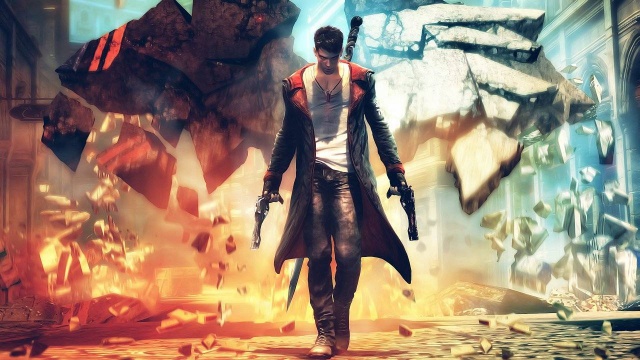 The Definitive Edition, remastered for the PS4 and Xbox One, won’t just bring enhanced graphics though; it will also include 60 fps, 1080 p gameplay, all the DLC released for the game, a few new game modes (such as the even more difficult Gods must Die and Hardcore mode), and a bloody palace arena for Vergil. Additionally, Ninja Theory also hinted that a Devil may Cry 4 Special Edition is in the works as well; although the specifics of that have not yet been detailed, beyond the fact that it will arrive in 2015.

Lords of the Fallen to receive DLC, sequel underway

Often referred to as an easier Dark Souls, this year’s Lords of the Fallen has some new game-extending DLC waiting in the wings. Titled Ancient Labyrinth, the DLC will take players to a new area called The Library.

Despite the innocuous name, we suspect the penalty for not returning your books on time include being eviscerated, beheaded and pounded into the ground by a magical being that can mix and mash its powers in combat. What’s even worse, players will also have to face the horror of having their library card permanently revoked; a possibility that is only made a little easier to bear by the addition of new weapons, armour and sidequests. 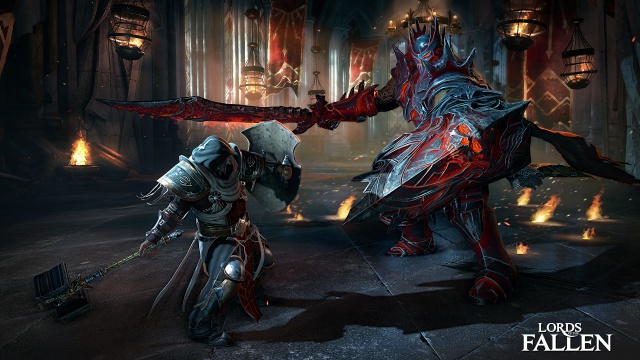 While Lords of the Fallen may largely have dodged, ducked and rolled under the radar, and not have received the publicity of Dark Souls, apparently it did well enough to justify the sequel treatment, as CI Games confirmed that a follow-on is in the works.