Anyone who's considered the world of action cameras, or is currently using one themselves, is all too aware of the offerings from GoPro, with its Hero4 model sitting atop the range. Now GoPro has released a new modeled based on the Hero4's design, named the Hero4 Session. 50% smaller and 40% lighter than its Hero4 predecessor, the Session is meant to deliver stunning image quality and performance in an exciting new low-profile form factor, according to GoPro.

The Hero4 Session features a durable waterproof design, which eliminates the need for a separate housing and sports a simple one-button control to make capturing photos and video quicker than previously on GoPro's devices.

“With Hero4 Session, we challenged ourselves to produce the smallest, lightest, most convenient GoPro possible,” said Nicholas Woodman, GoPro founder and CEO. Woodman adds, “Hero4 Session combines the best of our engineering and user-experience know-how to deliver our most convenient life-capture solution, yet.” 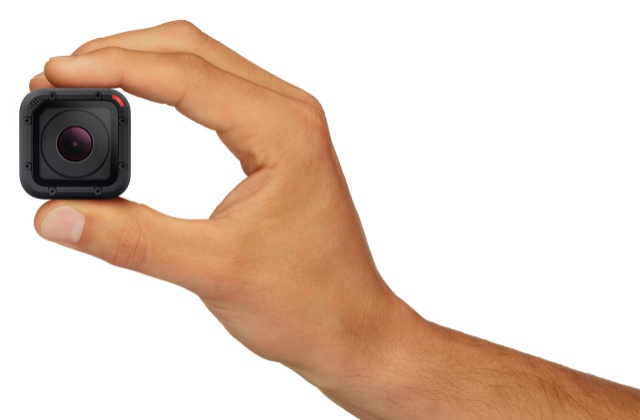 The Session can capture 1080p at 60 fps, 720p at 100 fps and 1440p at 30 fps video along with an 8 MP photo taking functionality with Single, Burst and Time Lapse modes. It also touts many of the same additional aspects found on the GoPro Hero4, including SuperView, Protune and Auto Low Light recording modes. Furthermore, an expanded set of controls and settings can be accessed when using the GoPro App or Smart Remote.

As far as build-quality goes, the Hero4 Session is built to GoPro’s famous rugged standards and is waterproof up to 10 metres (33 ft).  Added to this, is a dual microphone system that switches sound recording between microphones to reduce wind noise during activities.

The new Hero4 Session is retailing for an estimated R6 500 and will be available for purchase by end of July in South Africa at stores like Cape Union Mart, Sportsman’s Warehouse, Outdoor Warehouse and Incredible Connection.