The dust may have settled following E3 2015 a few short weeks ago, but that has not stopped news flowing in from that event. With so many games enticing during the three day long gaming smorgasbord, Guerrilla Games' Horizon: Zero Dawn was one of the most impressive debuts of all. 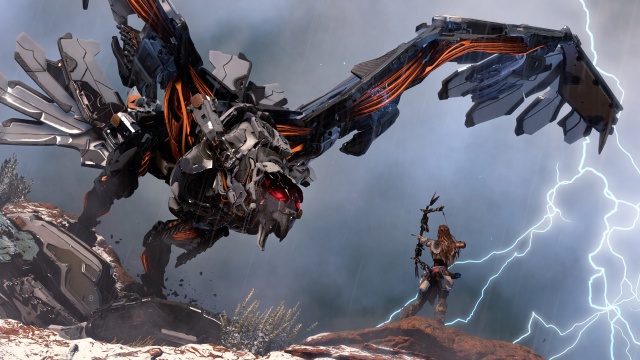 Now the company's senior producer, Mark Norris has broken down the E3 trailer in a new video that looks at every element of the game known to date, and what gamers can look forward when it makes its official debut in 2016. Norris not only talks about the inspiration behind the game's design, look and feel, but also the open-world nature of the game, stating that almost anything that can be seen in the background of the demo, can be visited by gamers.

Furthermore we get better acquainted with Aloy, the female protagonist for the game, and the role she plays in the greater scheme of things, not to mention seeing her epic bow in action.