Yesterday in Munich, Germany, Huawei unveiled its two new flagship phablets, the Huawei Mate 9 and Porsche Design Mate 9. Both devices up the ante as far as specs go and offer quite distinct propositions. We got better acquainted with both the 5.9" Mate 9 and the smaller 5.5" Porsche Design model.

First the Porsche designed variant, which may be smaller than its Mate 9 brethren at 5.5", but carries double the price tag at €1 395, as Huawei Mobile CEO Richard Yu confirmed last night. It's also clearly piqued the interest of media, with the Porsche Design model garnering far more attention than the standard version.

The media, ourselves included, were intrigued by this new phablet as it also bares such a striking resemblance to the Galaxy S7 edge, particularly as far as the curved display is concerned. 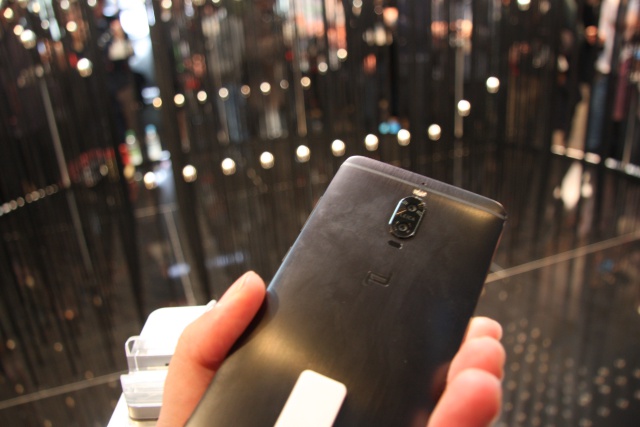 That said, the aluminium frame of the device is a bit thicker than the South Korean manufacturer's device, which makes it easier to handle. Furthermore, there's a metal back cover, as opposed to glass, which too ups the the degree of handling.

Unfortunately though, the aluminium option does not prove averse to smudges, the same as  the S7 edge, clearly evidenced in the image above. Nevertheless, the Porsche Design Mate 9 definitely has a premium feel to it. Whether or not users are willing to part with an estimated R20 800 for it, remains to be seen. Also unclear at this stage, is if it will indeed land locally, with Huawei Mobile South Africa unable to confirm arrival at this stage.

The larger 5.9" Huawei Mate 9 is indeed coming to South Africa, with a Feb/March 2017 release date more than likely. The Mate 9 is priced at a more attainable €699 in select regions, and should be the option most consumers will gravitate towards. Despite being quite large at 5.9", only slightly smaller than its 6" predecessor, the Mate 9 feels supremely light. A good looking device in its own right, we'd have to say the Porsche Design is the more handsome of the two.

While a hulking phablet is never ideal, a bit more heft than the 190 g on offer might not go amiss. Also missing is a degree of premium-ness, with the aluminium body given a plastic coating (LG G Flex-style) which makes it feel a tad cheaper than it truly is. 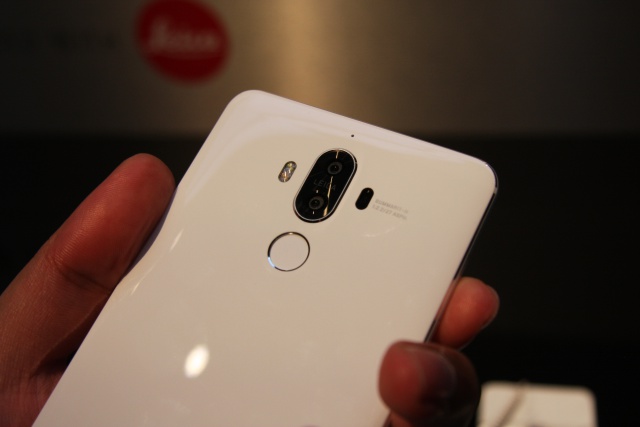 Where the Mate 9 is not underwhelming, however, is speed, as the octa-core Kirin 960 chipset proves rapid indeed. Switching between apps and settings was effortless, and all early indications point to a device that can indeed live up to Huawei's billing for it.

Another noteworthy feature is the 2nd Gen Lecia-certified dual camera (12 MP RGB and 20 MP Monochrome) onboard. This aspect will be tested out more thoroughly in Munich over coming days.