Jaguar’s new F-Type is the latest sports roadster to roll out of the British car maker’s stable since the iconic E-Type back in 1960. The F-Type made its way onto local roads this week, with the fabric topped convertible available to local buyers in three flavours.

The first of these is the standard F-Type which is powered by a 2995 cc supercharged V6 petrol engine that develops 250 kW at 6500 RPM and 450 Nm of torque between 3500 and 5000 RPM. Acceleration from standstill to 100 km/h takes just 5.3 seconds, with this Jaguar able to sprint to a top end of 260 km/h. More conservative drivers should see a fuel economy figure returned of 10 litres per 100 km. 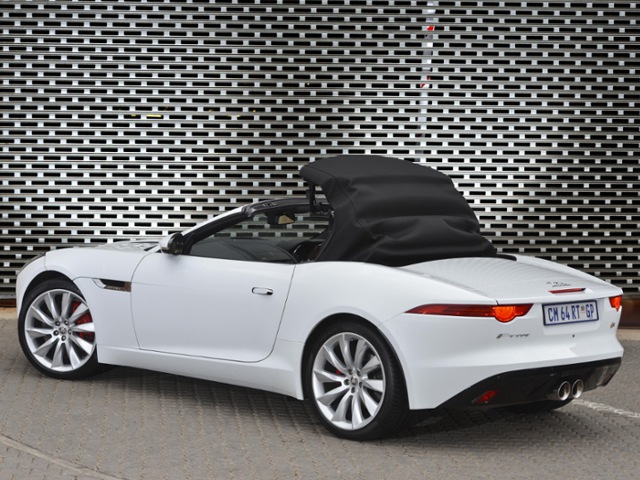 The back of the F-Type is nearly as eye-catching as the front, and is also the side of the car which you'll see the most courtesy of some impressive power figures.

The F-Type S utilises a tweaked version of the same supercharged V6 powerplant that does duty in the standard car. This sees the power output increasing to 280 kW at 6500 RPM and 460 Nm of torque between 3500 and 5000 RPM. In the F-Type S, the sprint from 0-100 km/h is down to 4.9 seconds, while the terminal velocity is increased to 275 km/h. Despite the power increase, the claimed combined-cycle (town and highway driving) fuel usage figure remains at 10 litres per 100 km despite.

All variants send power to the rear wheels via an eight speed Quickshift automatic transmission with Sportshift gear selector, which includes paddle shifters on the steering wheel. 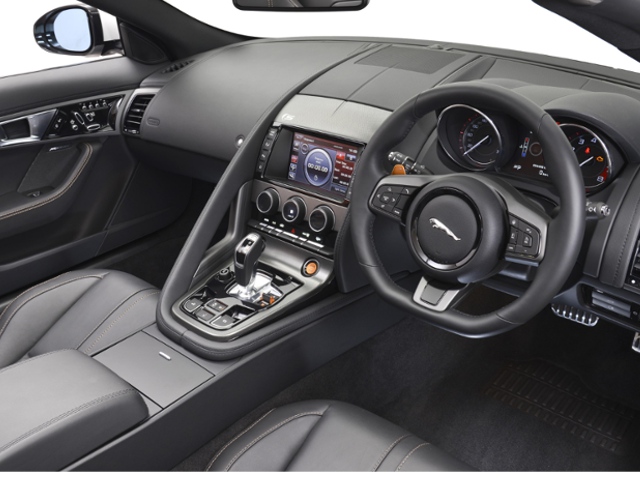 Despite being a sports roadster that delivers plenty of power and speed, the interior of the F-Type is most definately not a savage space to occupy.

Pricing (including VAT and emissions tax)

In other motoring related news, Nissan recently lifted the lid on the first vehicle from its new, or rather relaunched, sub-brand, Datsun, called the Datsun Go.