If you currently tout one of LG's G3 (review) or G4 flagship smartphones, you'll probably need a companion tablet device to complete the set. If that's indeed you, then LG has some good news. The South Korean manufacturer has just teased some images and specs for its all-new tablet offering, the G Pad II 10.1. This new Android-powered (5.1.1 Lollipop) tablet will get a full debut ahead of IFA 2015 in Berlin, starting on 4 September, but LG has teased the device to drum up a bit of interest.

As far as specifications go, the G Pad II might have a hard time competing with the likes of Samsung's new Galaxy Tab S2. For example, the 10.1" display has a 1920x1200 resolution, and registers a 224 ppi pixel density, which would place it on the upper end of the mid-range market, rather than an out and out flagship. 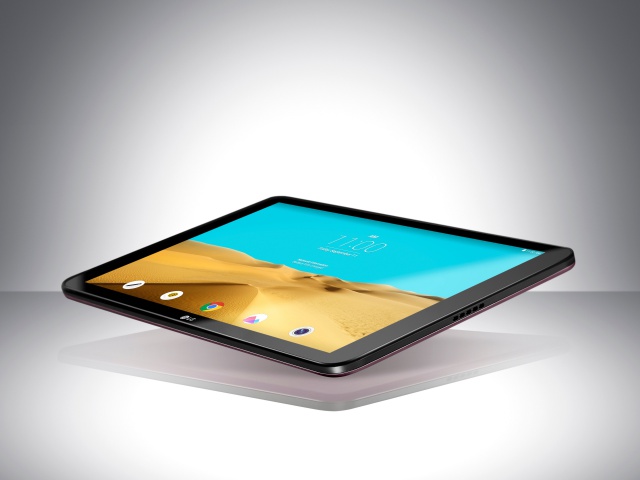 Internally, we find a Qualcomm Snapdragon 800 processor, which is quad-core in nature and clocks in at 2.26 GHz. This is paired with a solid 2 GB of RAM, as well as solely featuring a 16 GB onboard storage option. That said, there is a microSD slot, although LG does not disclose the range of storage expansion available. Added to this, the G Pad II will come with Microsoft OneDrive, and 100 GB of free storage to users. Other extras include a 7400 mAh battery, a 5 MP camera on the rear and 2 MP shooter up front, with the G Pad II weighing an estimated 489 g.

For now LG has not stated any pricing for the G Pad II, but states that more details will be divulged next week at IFA 2015.