Mobile World Congress is now less than two weeks away and one of the first companies to showcase their wares will be Samsung. As was the case last year, serial consumer tech image leakers have beaten everyone to the punch, as a handful of images said to be the Galaxy S7 and S7 edge have now surfaced.

The shots from each device come from different websites, with the rear image of the S7 coming from Vietnamese site reviewdao.vn. The device in hand certainly looks like a Samsung flagship, and from what we can tell, there is very little difference (from the back at least) between this device and the Galaxy S6 (review). There are a few small changes that we can decipher however. The camera for one, does not appear to have an exaggerated a bump as it does on the S6. A little worrying though, is that this photographed device has more of a plastic shine than a glass one from its back cover, which may be a result of Samsung reportedly making this new flagship waterproof. If true, it would see Samsung fall back into its penchant for plastic. 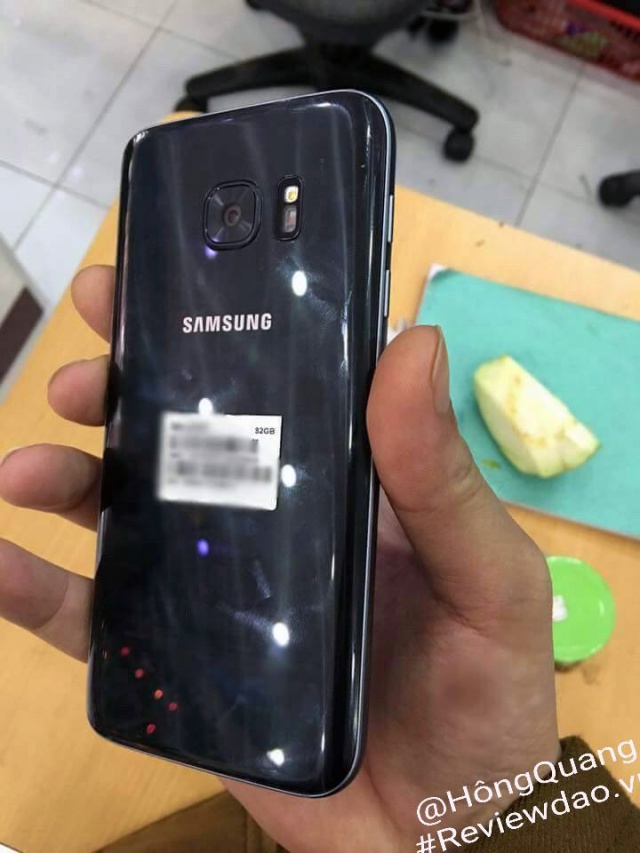 The S7 edge, uploaded by a Weibo user, looks inch for inch like its predecessor. The most interesting element of this shot is the screen, which shows a benchmark test result, most likely AnTuTu. If the score is to be believed, a hot 134 704, then it vastly outscores the 70214 mark the Galaxy S6 edge (review) achieved during our time with it. This massive difference in scores however, almost double, leads us to think that the supposed S7 edge's benchmark is not correct. That said, we'll have to see for ourselves when the S7 edge lands on our review desk. 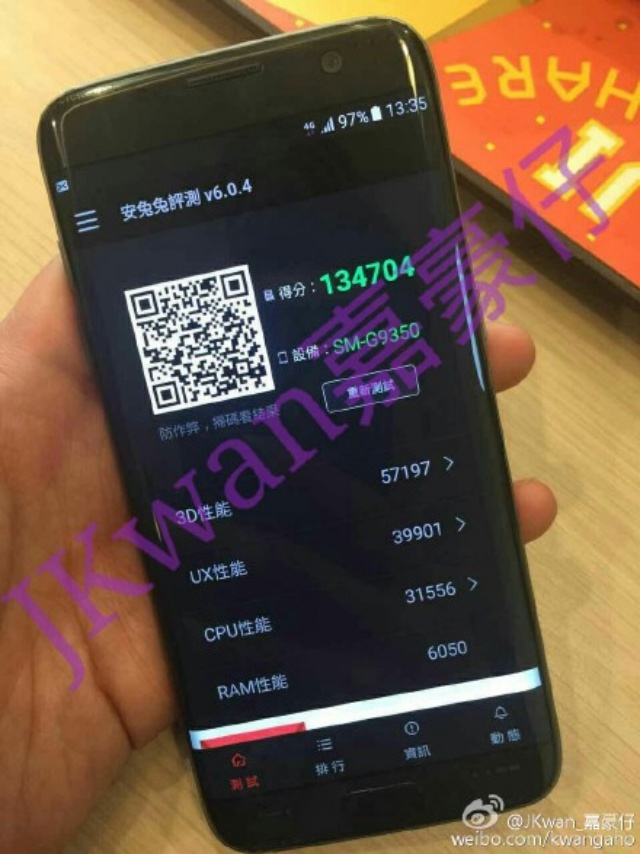 If these leaked images are indeed of the real thing, the Galaxy S7 and S7 edge seem to have favoured refinement instead of major design overhauls.