Microsoft Underground Tour: HoloLens and beyond

As we headed to the home stretch, it was time to reach the pinnacle of the Microsoft Underground Tour, and a chance to go hands on with Microsoft’s mixed reality device, HoloLens. Ryan Noik seeks a new vision of reality in Seattle.

The last day of the Underground Tour, held in Redmond, Washington, ushered in our last but particularly eye-opening session, focusing on mixed reality.

This did not entail a great of discussion, but was almost entirely experiential, with the exception of the distinction being made between augmented reality, virtual reality and mixed reality.  Ben Reed, director of Business Strategy, Windows and Devices Group, explained that HoloLens plays in the latter space, which combines the physical reality with the digital one (as opposed to virtual reality, which attempts to replace, even temporarily, the physical reality with a fully immersive digital construct).

He elaborated that the physical reality, which is based on atoms, is the world humans have existed in for millions of years, whereas digital reality is a world that only exists in the memories of computers. 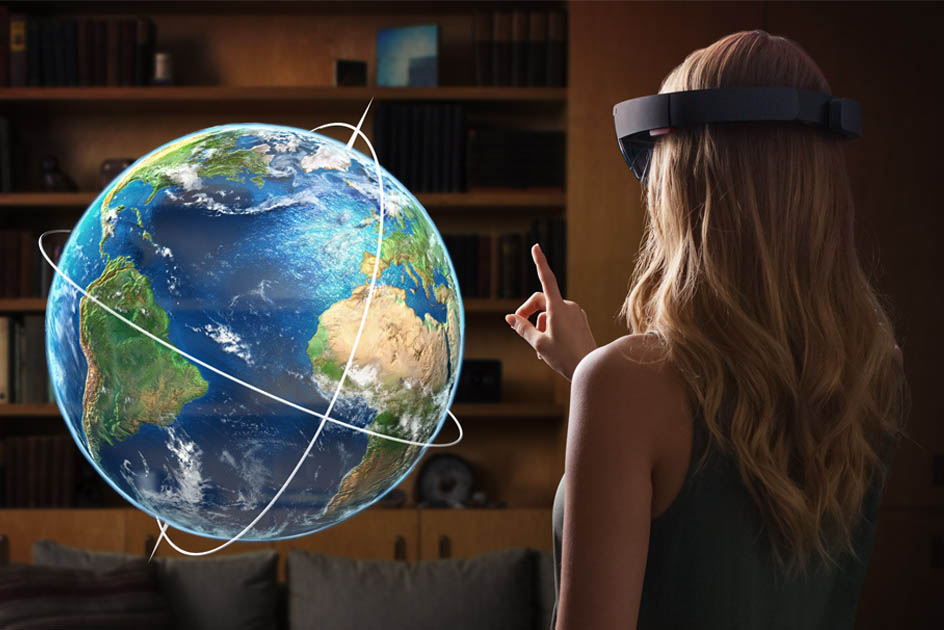 Augmented reality meanwhile, is when parts of the digital world are brought into the physical world. “For the most part these two universes, the physical and the digital, don’t come together, but when they do, in whatever form that is, it is mixed reality by definition,” he explained.

It is in the mixed reality space that the HoloLens plays. Unlike virtual reality applications, Reed noted that mixed reality experiences aren’t created primarily because they are fun, but rather, are intended to have meaningful measurable impacts for businesses.

“There are many areas we are seeing companies using this for creation and design, assembly and manufacturing, training and development, communications and understanding, entertainment and engagement,” he continued. Then, following a brief orientation, we were immersed in three real world examples, each in their own self contained room.

The first led us into a virtual showroom of a new car, showing the car in near lifelike size, enabling us to walk around its 3D holographic representation, and see different aesthetic choices in real time while wearing HoloLens. We were also about to view the car demonstrating its smart, assisted driving features, such as automatically detecting an upcoming obstacle in the road and the car reacting accordingly.

The next scenario fused a Skype video  call with a tutorial, as I had a live video chat with a HoloLens technician who led me through the process of changing a light switch. This was accomplished by enabling us to share the view of the room in which I was in, with the tools needed being overlaid using HoloLens on my heads-up display to complete the task at hand. While this concentrated on a simple job, it was easy to see how it could have application across a broader range of more complicated tasks. 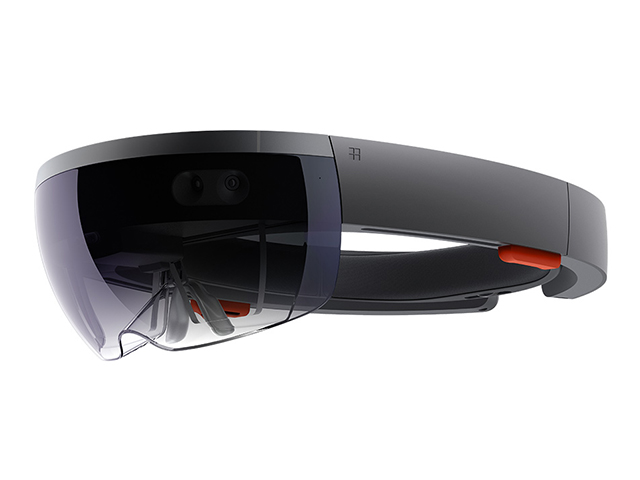 The great beyond beckons

Finally, my favourite demo took us to real world footage of the Mars Rover, as we walked around a room and the HoloLens translated our walking into a sense of traversing Mars’ actual surface. Astronaut Buzz Aldrin led us through exploring an overlay of Mars’ landscape, highlighting different features that the Rover has identified, and showed how future colonies could be transplanted to the Red Planet.

I was pleasantly surprised that none of the demos placed undue strain on my eyes (a concern that still looms with some virtual reality entries) and the experience was seamless. The headset itself was about as comfortable as wearing a pair of premium Bose headphones. Due to its nature, there was also no concerns about tripping over an errant piece of furniture or slamming one's shins into a table, or in my case, inadvertently colliding with my fellow journalists, who had their own view of the hologram.

Where mixed reality really has the upper hand on virtual reality is that it did not necessitate removing the headset to reacquaint myself with what was happening in the room around me. All these factors argue for the viability of using the HoloLens for a longer period of time without concern.

The end is just the beginning

As Nellie Furtado once sang, all good things come to an end, and so too did the Microsoft Underground Tour. It had been a richly packed week at Microsoft Headquarters, spanning an array of  different subjects and several eye-opening demos. Alas, it was over, but not without leaving a lasting impression – this is not the company I thought it was, but rather, considerably more creative and innovative.

Contrary to how it has been portrayed by its frenemy, Apple, in previous ads, Microsoft would certainly not be personified by a middle aged man in glasses and suit and tie. Rather, its cutting edge spirit would more accurately be portrayed by a late twenty or early thirty-something, with a few PhD’s under his belt, vibrant with excitement at the possibilities of the future.

The tour, however, was particularly impactful for another reason – it clearly showed the outcomes of shared passion and enthusiasm guiding collaboration, and even more so, the power of diverse people working together. It is a takeaway that has never seemed more relevant, and made the Underground Tour undeniably memorable.

To read the full series of Microsoft Underground Tour coverage, visit the links below.

The next era of computing

The Engines of Innovation

Technology for the good of all Part 1

Technology for the good of all Part 2

A Time for Transformation