Microsoft Underground Tour: The next era of computing

The topics at Microsoft’s Underground Tour, held at its headquarters in Redmond, Washington, were nothing if not diverse. Not on the agenda was one of our favourite topics – the future. Ryan Noik continues reporting back.

Before delving into Microsoft’s Garage and hardware Labs, a quick detour was in order, to revisit the future, how science fiction has already become fact, and then consider the next big thing in computing.

Dave Forstrom, the director of communications, Windows and Devices group began this exploration by referencing his fascination with science fiction during his formative years, with its promise of doing seemingly fantastic feats. More particularly, it was the early years of Star Trek that in hindsight, seems eerily prescient. Admittedly, we don’t have teleportation chambers just yet, but more than a few of the advances portrayed in the latter half of the 20th century have already become real world technologies.

Just a few examples include portable communications devices (smartphones), touchscreens, replicators (3D printing) and holographic entertainment (virtual and augmented reality). This begs the question: What is next for technology? 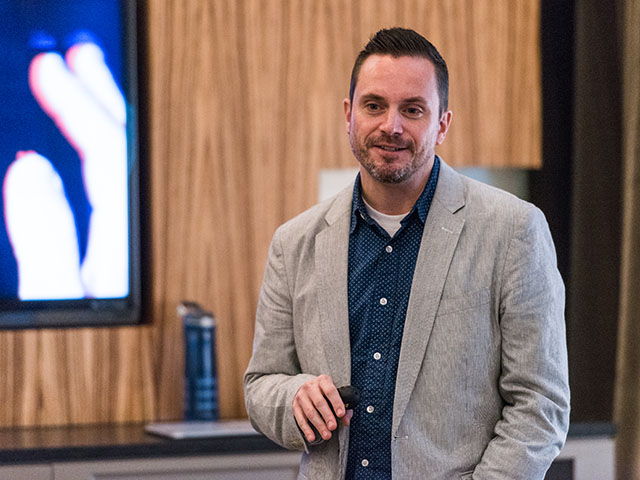 To boldly go where none have been before

Forstrom explained that Microsoft believes there are two major advances we can look forward to that will define the next era of computing, namely Artificial Intelligence (AI) and Conversations as a Platform.

Speaking about the former, he elaborated that at present we have created an information abundance in our lives, which can be a double-edged sword. On the one hand, it enables us to achieve at higher levels, and enjoy more productive, efficient lives. On the other, human beings have a limited capacity to absorb, process and use information. However, the solution to this quandary lies with leveraging artificial intelligence which enables man and machine to “work together to solve society's biggest issues”.

Forstrom notes in order for AI to be viable, it needs to be democratised, and made accessible for everyone. This can be achieved by infusing intelligence into applications as evidenced by Siri, Cortana and Alexa; secondly by ensuring that intelligence services are made available to developers to drive new apps; and finally by having an open infrastructure. 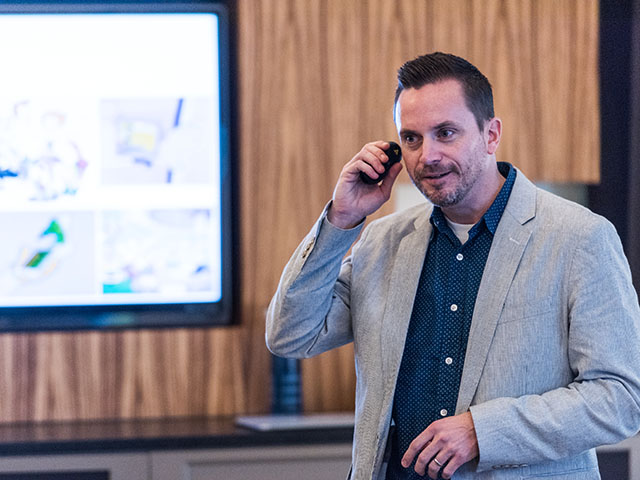 A better kind of Borg

Stepping back for a moment for a broader view on computing, Forstrom explained that the 1980s was the PC era, driven by the desktop, with its mouse and keyboard experience. The 1990s then ushered in the internet, characterised by the browser experience and driven by search engines. The 2000s saw computing shift yet again to mobile, where information became accessible from anywhere at any time, driven by apps and touch emerging as the new way to access one’s device.

“The next big shift in computing is Conversations as a Platform, characterised by the power of natural language that is paired with machine intelligence,” he enthused.

This, Forstrom elaborated, would be powered by intelligent bots, that will live in a conversation canvas consisting of one’s personal conversation tool(s) of choice, such as Skype and Facebook Messenger. Along with personal digital assistants, these would augment the digital experiences an individual or business has. “We envision a world where natural language is the new interface. Bots are the new apps. Digital assistants are the new browsers, and all experiences infused with intelligence,” he continued. 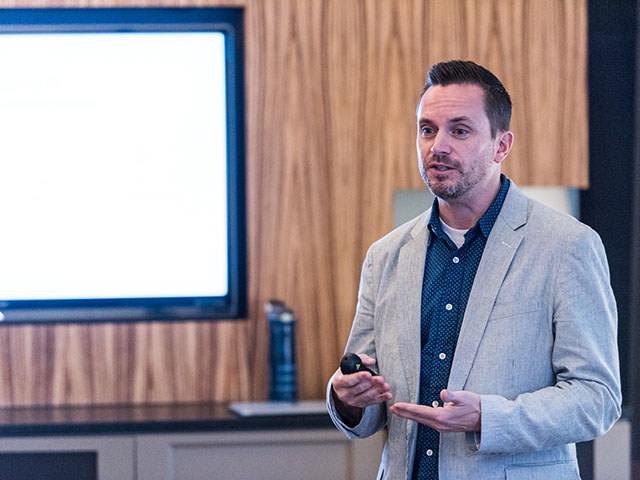 Even as speaking to an artificial intelligence assistant, which ‘understands’ the user based on the conversations they hold, may be the future of computing, Forstrom stressed that voice navigation is not an either/or that will completely replace the use of a mouse, text input or touch navigation. Rather, voice interaction is envisioned as being an option, relevant in some spaces but less so in others.

“If you are driving, using your voice to access your computing device may make sense and be more appropriate, rather than walking in public or being in a social setting,” he added.

In order for this kind of interface to take off, Forstrom stressed that there are a few critical underpinnings. Developers will have to understand its value and have a vision of where developing accordingly could go, while the evolution of artificial intelligence will also be critical. Forstrom believes, however, that artificial intelligence will continue to advance, reaching a point where it will be able to recognise and understand emotion.

Additionally, he expects that AI will become so lifelike that people will develop attachments with their personal assistants and bots. This is not as far fetched as it may sound: already certain regions, such as China and Japan, are well known for being open to developing close relationships with inanimate objects. He also cited the example of a bot Microsoft created in China, called Xiaoice.

“Xiaoice engages the user, it can remember chats, if you tell it you went through a breakup it will check on you; and is even able to will ask you about a picture that you share of your dog, for example. More than 90 million people every month engage Xiaoice, while 25% of people have told Xiaoice that they love her; and the same percentage can't tell if it is human or bot,” he relayed.

To seek out new life

If that sounds somewhat familiar, it may be because this was largely the premise of the science fiction movie Her, from 2013 in which its main star was actually an AI. Or you could find whispers of this kind of technology being demonstrated by the AI Cortana in the Halo games. You could just as easily point out that Star Trek’s Enterprise had its own computer, to which the captain spoke and issued orders.

So what is the future of technology? It may just be that we already know, and have been telling ourselves what technologies of the 21st century will look like for the past fifty years, via science fiction books and movies.

So far, we had been given the bigger picture, explored a tranformative culture and seen what Microsoft Research is doing. Now, with this detour complete, it was time to go into the Hardware Labs and then on to The Garage.