It's been a busy few days for PlayStation. This weekend saw the company debut a number PlayStation VR games and now it has detailed a new messaging app for iOS and Android devices. Designed as a companion app, this new instant messaging platform is about connecting people via the PlayStation Network.

It will allow users to quickly send messages to those in their Friends list, the application of which will be to check whether other gamers are ready to play, or to enlist them to join a new gaming group. Sony notes that its Messages feature within the standalone PlayStation app is perhaps its most used feature. As such, the choice to create a specific Messages app for PlayStation gamers was clear. 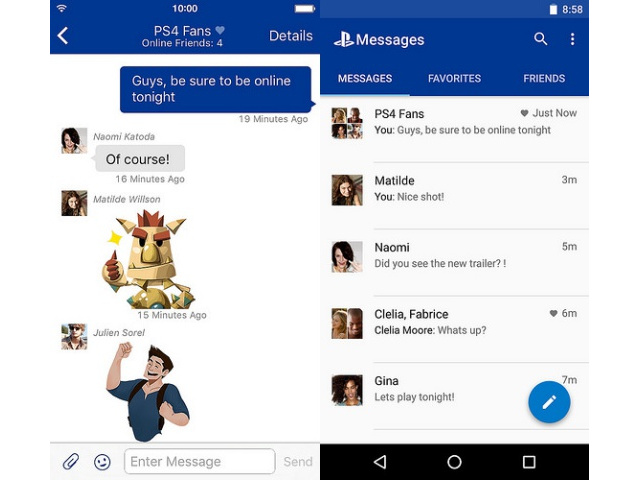 Currently the app's functionality is fairly basic, with a Friends list and recently joined groups. Users can order lists or groups either alphabetically or by their online status. Added to the messaging is the ability to send custom PlayStation emoji or stickers as Sony is calling it. They range from two people high fiving one another, to a cartoon Nathan Drake fist pumping.


The app went live last night and is available for free download on iOS and Android.